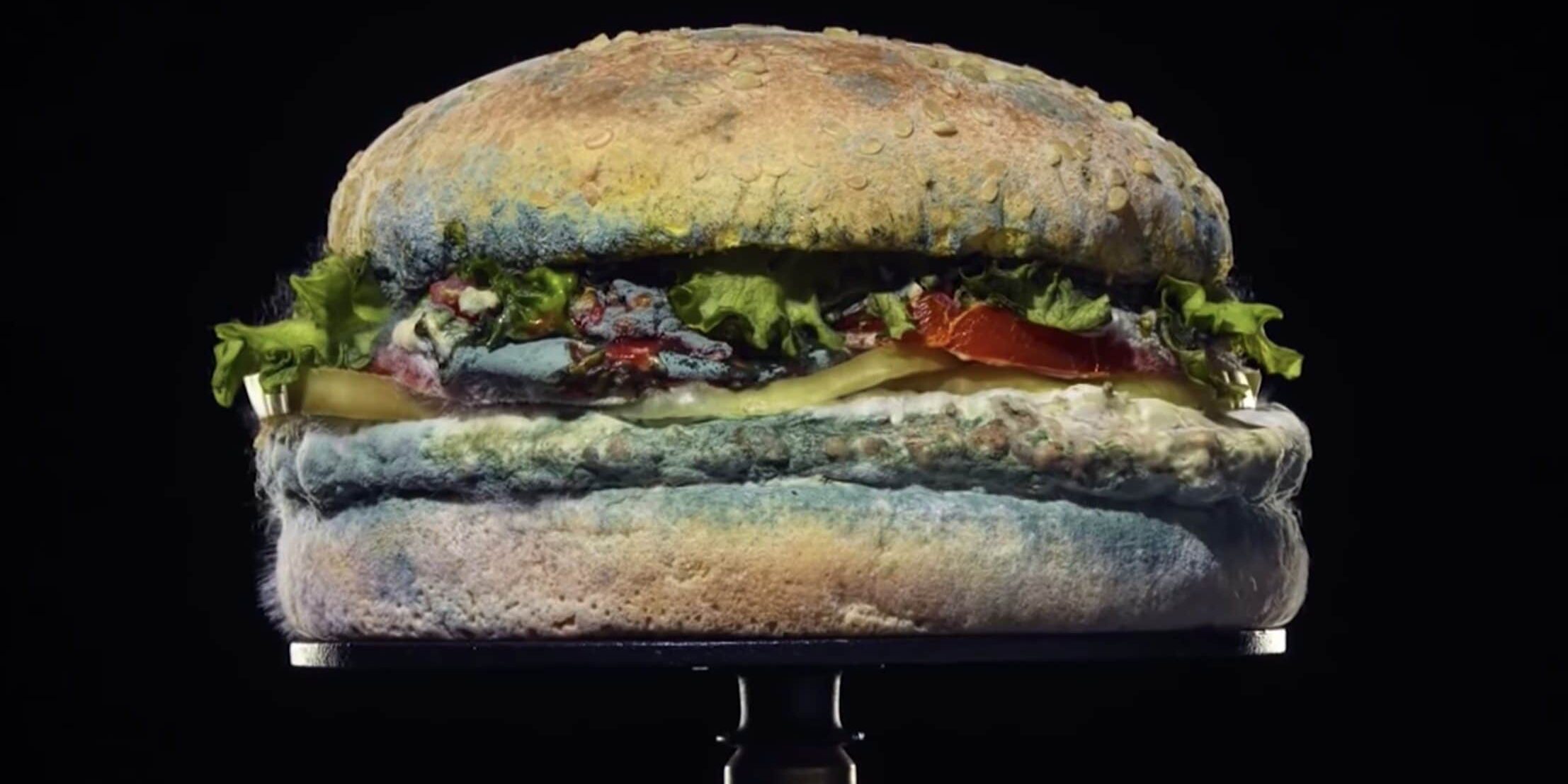 The advertising industry elite were forced to abandon their pilgrimage to the French Riviera in June. Lavish yacht parties along La Croisette were replaced with online seminars as Covid put a stop the excesses of Cannes Lions for the second year in a row.

Yet the long arm of the pandemic did more than just upset celebrations at adland’s annual jamboree.

Of the agencies picking up gongs for their influential work, many focused on the challenges posed by an uncertain world.

Ogilvy, the WPP-owned agency, was awarded for the Dove soap campaign – “Courage is Beautiful” – picturing the faces of NHS workers during the Covid crisis.

Sanitary towel maker Bodyform was among the big winners for a video series exploring the complicated relationships women have with their wombs.

Burger King put a mouldy burger front and centre of campaign to promote its lack of artificial preservatives.

The signals coming out of Cannes were clear.

Brands must now have a higher purpose than simply peddling products. They should support, comfort and be a voice for change during tumultuous times.

The general public, however, had other ideas.

While past Cannes winners have proven to be much more effective than the average advert at winning sales, this year’s crop misfired.

That is according to System1, a consultancy that tracks how the potential adverts have to secure sales on a scale of one to five.

Tests on the public found that Cannes winners between 2010 and 2018 were seven times more likely to score a five and gain 3pc of market share.

This year, however, the average score came in at a more measly 2.5.

Brands need to be authentic

The findings question whether adland’s crusading has left it out of touch with clients and the people they are trying to reach, when turning attention into sales is no longer the top priority. Jon Evans, the chief marketing officer of System1, says while so-called “purpose-driven” advertising remains a big trend, “it doesn’t always translate into performance”.

“What we find in our testing is that if your brand is authentically associated with that purpose – meaning you walk the walk as well as talk the talk – then it can work.

“But we also find that it doesn’t unite the audience.

“If you pick a purpose that is a bit divisive then you can generate negative emotions, as well as positive emotions, in terms of the response.

“I think brands are anxious to do the right thing, which is commendable. Of course we want the people we buy from to be responsible in terms of where they manufacture and market.

“But there is a difference between doing the right thing as a business, and using that as a communication strategy. That is perhaps where the mistakes are made.”

Adland’s journey down a self-righteous path marks a stark contrast to the campaigns of yesteryear.

The days when Marlboro’s cigarette-puffing cowboy could declare “Where there’s a man, there’s a Marlboro” are now long gone – and few would call for their return.

Adverts come to reflect the values of the generation in which they are made. What was once acceptable becomes intolerable as tastes and regulations change.

Yet, the disconnection between purpose-driven ads and their impact suggests the industry may have over-exaggerated their importance.

Aldi’s Christmas advert featuring a carrot named Kevin was the most successful campaign of last year, according to System1.

A skit by Yorkshire Tea featuring The Lord of the Rings actor Sean Bean issuing a rallying cry to workers was also among the top performers.

“What a general audience wants is to be entertained by advertising,” Evans adds. “Because when you are entertained, you remember it and you feel positively towards the brand.

“But we’ve got clear evidence that there has been a consistent long-time decline in the use of humour in advertising.”

The shift away from humour points towards an industry frightened to ruffle feathers.

Rather than risk fuelling a social media backlash with a misjudged joke, brands appear more comfortable trumpeting their position as a force for good.

Moray MacLennan, chief executive of M&C Saatchi, says “humour will come back strongly”, but for the moment advertising is reflecting how the world has “become a more serious place”.

“People have been wary of having fun and being trivial,” he adds. “It’s almost as if you are trivialising all the world’s problems and my personal problems. It can come across as a lack of empathy.”

He believes the purpose-driven advertising has an important part to play because it reflects the values of the younger generations.

“People talk about ‘wokeness’, but ‘wokeness’ is in the eye of the beholder. What you realise when you are sitting in Soho, and you are an older white man, is that different generations have different senses of gravity when it comes to those things.

“What might appear to be irrelevant to a 70-year old is absolutely mainstream to a 20-year old.

“When you talk about effectiveness it is very important to talk about what one is measuring. Much of our work is to drive sales in an efficient manner, but sometimes it is behaviour change. Sometimes its brand affinity, desirability and awareness. Those things are important to people because they buy from brands that they trust.”

‘You have to have a point of view’

Amid the rise of ethical investing and pressure on companies to demonstrate their corporate social responsibility (CSR) as a sign of good corporate governance, brands are eager to promote their position on divisive issues despite a potential reprisal from customers or staff.

“I think you do have to have a point of view as a chief executive and a company,” MacLennan adds. “You wield power and influence. You are no longer allowed to say ‘I just sell bread’, you have to have a view.”

Purpose-driven advertising strikes a fine balance between winning customers that agree and alienating those with opposing views.

Yet in the age of targeted advertising – where agencies can serve people with digital ads based on troves of personal data – such ads have the ability to preach to the converted.

Sir Martin Sorrell, the executive chairman of S4 Capital, says there is “a lot of greenwashing and virtue signalling going on” from the advertising industry. But he believes the critics of purpose-driven advertising are simply failing to accept the industry’s evolution.

“When you look at all the major issues we have to deal with: Covid, climate change, technological change, diversity and inclusion, the negative impacts of globalisation, political developments such as US/China relations or the lack of them, all of these issues do worry consumers,” he adds.

“The market environment has changed and it is very difficult for people in the traditional part of the industry to get their minds around that. In that new world, the way you develop relationships with consumers has become much more personalised, activational and maybe much more short term. The industry looks back with rose-tinted spectacles at the Don Draper days – but times have changed.”

With the vaccine rollout diminishes the disruption caused by the pandemic, ad agencies may feel emboldened to strike a more upbeat tone. But as climate change and social justice issues continue to rage, purpose-driven advertising is likely to remain a key tool in the agencies’ armoury.

As the Champagne-soaked events return to Cannes next year, adland will be eager to prove that System1’s findings were an unfortunate blip. A failure to act on the warning, however, may prove that the masters of messaging are the ones who have fallen out of touch.