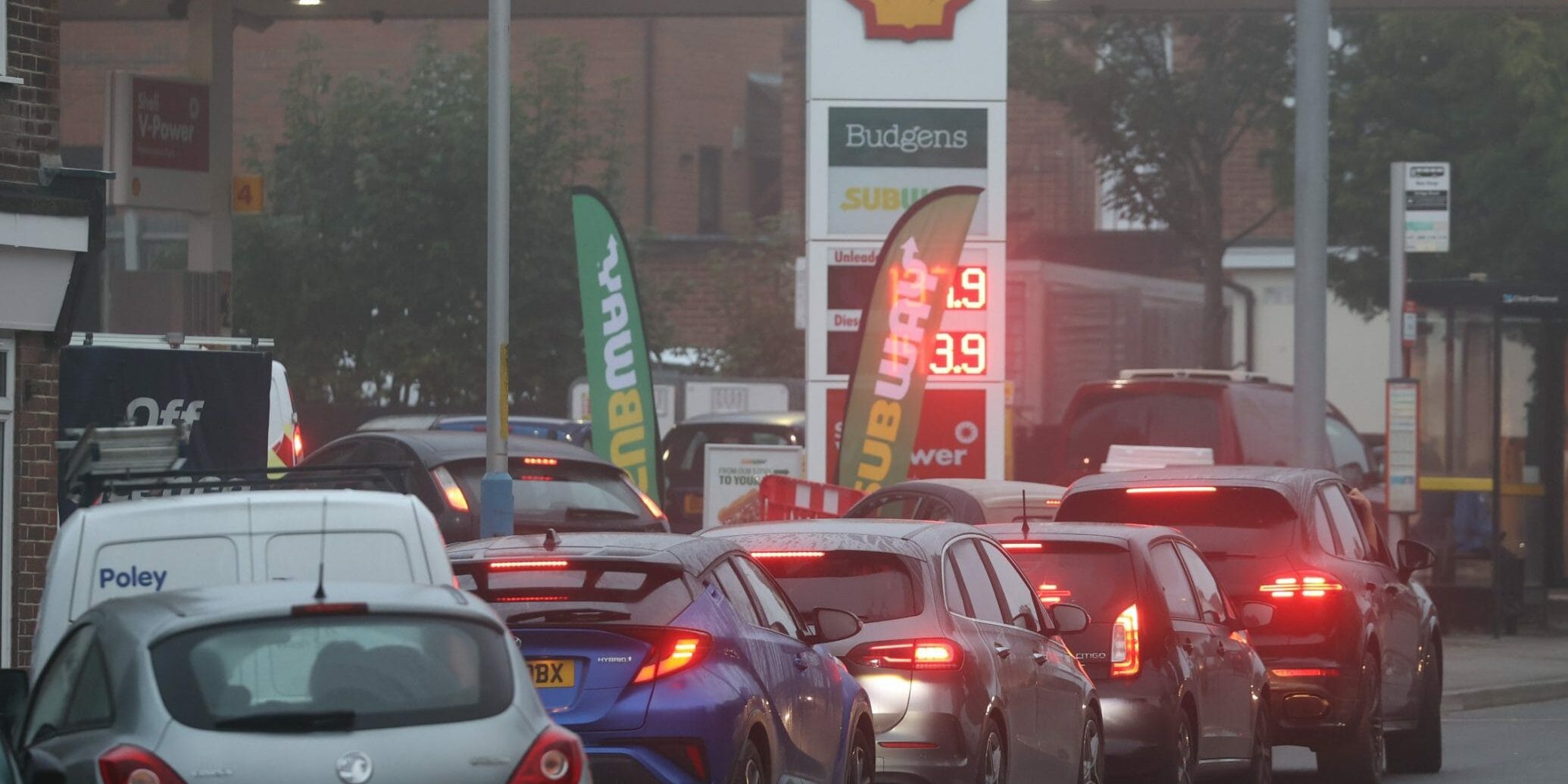 Motorists were warned on Thursday night of shortages at fuel forecourts as BP announced it was closing pumps and rationing petrol and diesel because of a lack of lorry drivers.

BP said it was cutting deliveries at 90 per cent of its petrol stations in an attempt to ration the fuel it has in reserve. ExxonMobil, the oil firm behind Esso, said that forecourts it operates at some Tesco supermarkets had also been affected.

The Petrol Retailers Association (PRA) warned that drivers should keep a quarter of a tank of fuel in their car in case their usual station ran out.

The announcements were followed by calls from MPs and industry leaders for the Home Office to allow HGV drivers from abroad to be given fast-track visas to alleviate the shortage.

Downing Street stressed that the disruption was related to driver shortages rather than a lack of fuel supplies.

The Prime Minister’s spokesman said: “There is no shortage of fuel in the UK and people should continue to buy fuel as normal. We obviously recognise the challenges faced by the industry and are taking steps to support them.”

It comes amid warnings that Britain is facing a “winter of discontent”. Supermarkets have also warned of shortages of food in the run-up to Christmas as they too struggle with the lorry driver shortages.

There are warnings that bills could rise for more than a million families as energy firms collapse owing to rising wholesale gas prices. The end of the Universal Credit uplift and rising inflation are also set to cause problems for families later this year.

Gordon Balmer, executive director of the PRA, suggested drivers should keep a quarter of a tank of fuel in their cars, and a former Tory minister warned that urgent action was needed to prevent lengthy queues outside petrol stations.

The Government is working closely with Ofgem, the industry regulator, as officials brace for further providers to go bust. Six companies have failed this month, impacting around 1.5 million customers.

Meanwhile, the Bank of England warned that price inflation will remain high until the middle of next year at least. Officials said inflation would rise above 4 per cent, double the Bank’s target rate, raising expectations that interest-rate increases will be needed to control the economy.

A government source said: “We are worried about the collision of a ‘winter of discontent’ – Christmas ruined by Universal Credit, higher energy bills, and shortages – some linked to Covid, some linked to Brexit, and some completely random”.

Britain faces an estimated shortfall of more than 100,000 lorry drivers as the economy reopens and supply chains are thrown into chaos.

Industry leaders have repeatedly called for fast-track visas for hauliers in Europe so the industry can get more workers. They were joined yesterday by backbench MPs, including Brexiteers, who urged ministers to bring in drivers from the Continent and consider calling in the Army.

Ministers have committed to tackle a backlog of about 50,000 HGV driving tests caused by the pandemic. They have reportedly discussed deploying soldiers to drive petrol tankers if the situation rapidly deteriorates.

Alex Veitch, of Logistics UK, said: “Our own modelling work [shows] that thanks to the changes we should get through the backlog next spring. But that does leave us in a pickle until then.

“The tricky bit is getting through Christmas and into next year because the measures are not helping enough in the very short term.”

Gerald Ronson, who owns 275 Rontec forecourts operated under brands such as BP, Shell and Texcao, said the disruption at fuel stations would likely last for more than a month.

“They need to resolve the problem. But it is going to take, most probably, six weeks for everything to get back to normality. There is going to be this inconvenience of sites that will be out of fuel,” he said.

Mr Ronson said: “With everybody coming back to work – more cars on the road because people don’t want to use buses or trains – this has drained out a lot of the fuel.”

However, a Home Office source said: “The real problem is if you say let’s open up to HGV drivers and put them on the shortage occupation list, there’s a 17 per cent shortfall in Europe, so where are they going to come from?

“Germany and Poland have worse estimated shortages than here in the UK, and they’ve got freedom of movement. It’s not a quick fix.

“Every industry under the sun thinks that immigration is the answer to the problem. They’ve been saying that for the last four years.”

But pressure for action is growing. One former minister, who voted for Brexit, said: “If we are building the whole of our immigration system on filling shortages, what is the downside to offering the opportunities to those who can fill them? We have taken back control and we can decide whether to bring people in or not.”

Robert Halfon, a Tory MP, added: “If there are shortages, the Government will have to look at bringing in emergency services.”