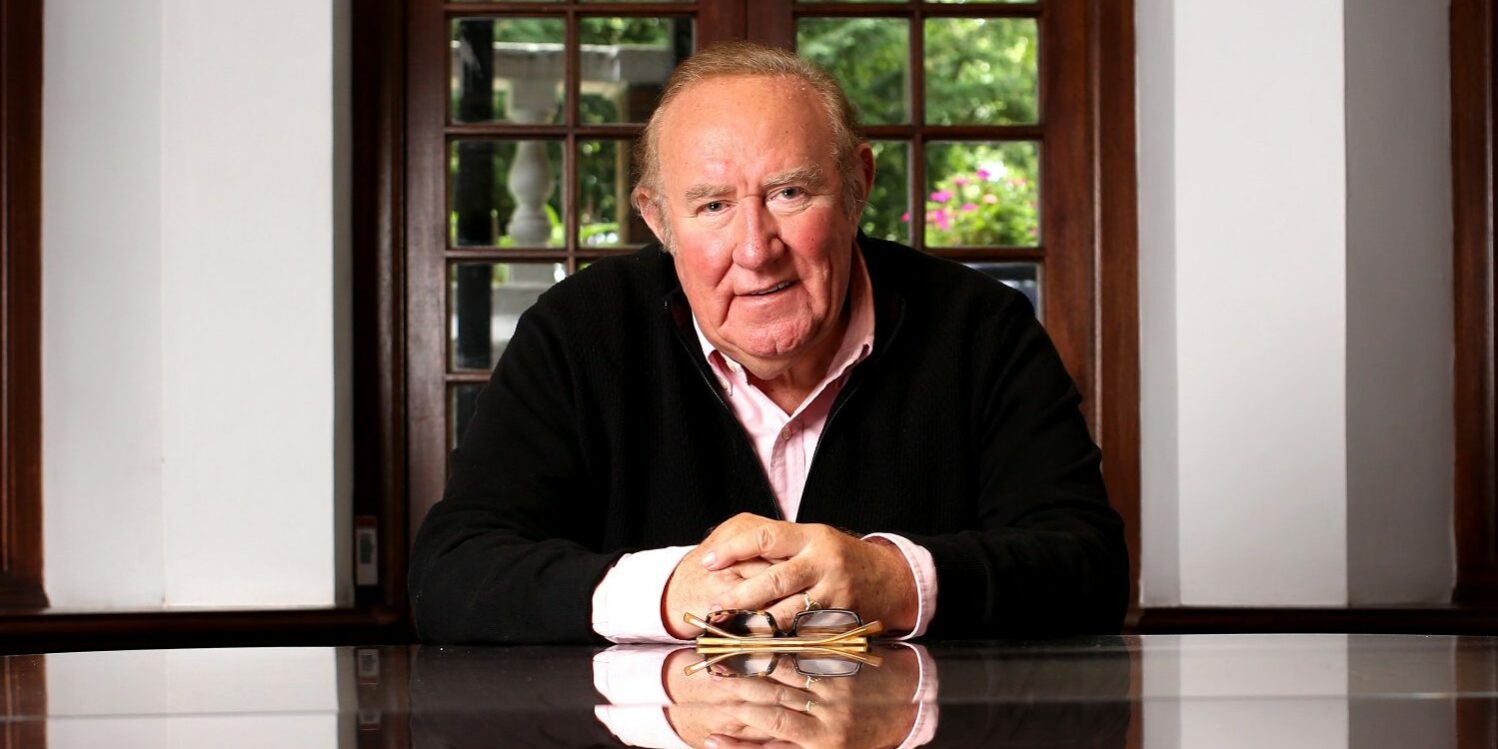 Andrew Neil has resigned as chairman and presenter of GB News, fuelling speculation that his departure could trigger an exodus of staff from the channel.

The former Sunday Times editor and BBC interviewer confirmed weeks of speculation over his future by announcing he was stepping down from the fledgling news network.

His decision came as reports said as many as three producers had left the station last week. Insiders said senior members of staff were now considering their positions following Mr Neil’s exit.

The move is now expected to herald a swing to the right – a move Mr Neil resisted – as chief executive Angelos Frangopoulos attempts to shore up dwindling viewing figures by refashioning GB News along the lines of opinionated American television channels such as Fox.

The Telegraph revealed at the beginning of September that Mr Neil was expected to quit GB News after relations with Mr Frangopoulos and the board totally broke down over the direction of the company.

After much legal wrangling, insiders said lawyers from GB News and Mr Neil had reached an agreement that allowed him to resign as chairman and presenter if he remained a guest commentator across its programmes.

Meanwhile, in a bizarre twist shortly after the announcement was made, Mr Neil, 72, appeared as a pundit on Nigel Farage’s show on GB News to discuss China’s influence on British universities.

He did not elaborate on his decision to leave, but Mr Farage said Mr Neil would join him on the channel at the same time next week.

In a statement, Mr Neil said: “I am sorry to go but I have concluded it’s time to reduce my commitments on a number of fronts.

“Over the summer I’ve had time to reflect on my extensive portfolio of interests and decided it was time to cut back.

“I wish GB News well in continuing to fulfil its founding promise and mission to reach audiences currently underserved by existing news broadcasters.”

It’s official: I have resigned as Chairman and Lead Presenter of GB News.

The veteran broadcaster took a break from GB News just two weeks after its launch in June, a total of eight shows, saying he needed to “recharge my batteries” and would be back before the end of summer. He has been living at home in France since then.

Sources told The Telegraph last month that Mr Neil had grown weary over repeated technical mayhem at the channel to such an extent that he looked “close to tears” after one broadcast.

Speculation is now mounting over former BBC News presenter Simon McCoy amid reports he would consider his future at GB News if Mr Neil quit the channel.

However, there was also relief inside the channel’s Paddington headquarters as uncertainty surrounding Mr Neil’s future was brought to a close.

A GB News source said: “Andrew’s exit was the most elegant solution we could all hope for.

“People may characterise it as ‘the putsch has been carried out successfully by Angelos’, but that is not a fair reading of it.

“I think the board were increasingly frustrated with Andrew and that has been a decisive factor.”

Insiders said Mr Neil’s exit from GB News could pave the way for him to appear as commentator for rival broadcasters. Sources said he was already booked to appear as a panellist on BBC One’s Question Time on Thursday night.

Tom Harrington, an analyst at Enders Analysis, said he now expected GB News to sharpen its focus on right-leaning journalism in a bid to shore up its audience figures.

“[The move to the right] is already happening. The guest they are bringing on air, and the fact Andrew Neil has left is a response to that.

“Right now, there are probably 20,000 or 30,000 people watching it, which is nothing. That is why they have to move towards an extreme to have some sort of impact and continue to be talked about.

“Because the more you go into the centre, the more you come up against the BBC, ITV and Sky News, which chronicle news and have superior production budgets.”

In an email announcing the departure to staff, Mr Frangopoulos said Mr Neil had signed a multi-year contract and the company hoped he would stay longer.

“Andrew helped set our tone, our purpose, even our launch date,” he added. “He has been integral to every major programming and hiring decision.”

In its official statement, GB News said: “Andrew is without doubt one of the finest journalists and interviewers in this country.

“GB News thanks him for his 12 months of leadership, wisdom and advice and we wish him well.”