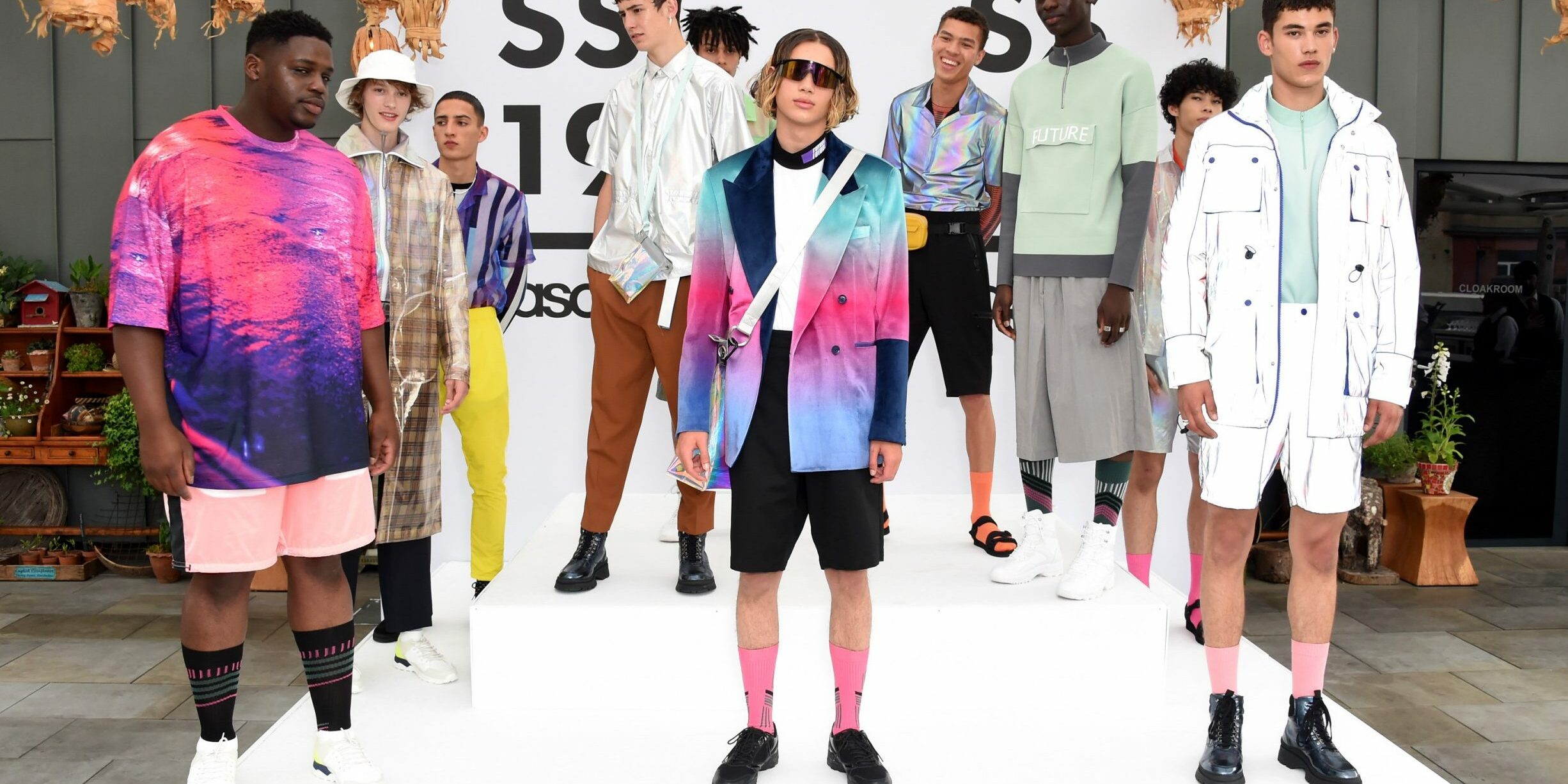 The boss of Asos has stepped down with immediate effect after six years as the online retailer warned profits could fall by more than a third this year due to higher shipping costs and delivery delays.

Nick Beighton, who joined the fast-fashion player in 2009 as its finance chief, has quit after he and the board decided it was “the right time” for him to go.

The shock news came as the firm said that customers will face higher prices as it continues to grapple with soaring shipping costs and global supply chain woes.

Shares fell by as much as 21pc to £23 following the announcement.

Asos said on Monday that its pre-tax profit will be substantially lower in 2022 than a year earlier, with pre-tax profit on an adjusted basis expected to fall from £193.6m to between £110m and £140m. Revenue grew by a fifth to £3.9bn.

Departing chairman Adam Crozier said that Mr Beighton’s exit was a “common sense decision” following several conversations between him and the board as it seeks to expand overseas more aggressively.

“We made the decision jointly that this is the right thing,” he said. “There is nothing to hide about that.”

He added that Asos seeks to become a £7bn retailer in the next “three to four years” so it made sense for the company to “think really hard about ‘have we got the right leadership in place to make that happen and execute it’”.

Mr Crozier, soon to be the chairman of BT, is being replaced by Ian Dyson, Asos senior independent director and Marks & Spencer veteran.

Mr Dyson said Mr Beighton didn’t feel his “heart was in it” for another significant period in the role.

He said: “Nick felt that he had to commit to another six years or so for our next strategy and that wasn’t something he could commit to.”

Insiders said his sudden exit was not related to the profit warning.

“They’ve announced it in a really disrespectful way,” said one retail headhunter, who added that Mr Dyson helped to orchestrate the reshuffle at the top. The company has denied this.

Mr Beighton will be available until the end of the year if the top brass needs his advice, but day-to-day running of the business will be handed to current finance boss Mat Dunn, who becomes chief operating officer.

Mr Crozier ruled out Mr Dunn as the next chief executive of Asos: “We have hired headhunters. Just to be clear, given the brief that we’re looking for, Matt does not want to be considered.”

Mr Dunn said his job was to “hand it on in the best shape possible”.

Asos has faced higher shipping costs and limited supply of some items amid labour shortages and global lockdowns, which have wreaked havoc at ports, especially in Shanghai. The disruption to international travel has also meant there are fewer planes to transport the clothes.

“These are all market issues rather than Asos issues,” Mr Crozier added.

Mr Dunn said it expected supply to be particularly constrained during the peak Christmas trading period and he anticipated disruption until at least February.

Asos, which started in 2000 as As Seen On Screen, said the downgrade in its profit forecasts took into account last year’s so-called “Covid-19 benefit” of £67.3m because fewer clothes were being returned by customers.

It benefited from from shoppers switching online while shops were closed and people were told to stay at home, but the habit of sending back clothes was already normalising.

Without adjustments, Asos said pre-tax profit rose 25pc to £177.1m in the 12 months to the end of August compared with a year earlier.

Nick Beighton was imparting his wisdom after riding high during lockdown.

In a live-streamed interview, Asos’ boss reflected on his time transforming the digital upstart into an industry-defining company that has shaped consumer shopping habits over two decades. Since Beighton joined as finance chief in 2009, before taking the helm six years later, sales have rocketed from £165m to £3.9bn.

“You have to stay forever restless,” he told the British Chambers of Commerce in September. “You have to look at every bump in the road as an opportunity to fix.

“Asos and I were perfectly aligned in our interests, our skills, our views, our beliefs and I don’t think it is somewhere I could leave, until I have to leave.”

One month later, those comments have not aged well. After cheering a pandemic-induced boom, on Monday Beighton made a shock exit.

It comes as Asos is brought low by global supply chain chaos, squeezing margins already under pressure from a growing number of fast-fashion rivals. Rising shipping costs and a scarcity of stock only adds to the company’s issues as shoppers head back to physical stores.

On Monday it joined Boohoo – a key competitor – in issuing a profit warning for this year amid fears supply pressures will persist until February. The City responded by sending shares crashing as much as 14pc.

It is a sobering moment for the fortunes of online retail that rocketed throughout lockdowns, just eight months after Asos and Boohoo picked over the carcass of Sir Philip Green’s high street retail empire.

Asos’ sales dropped 25pc for the three weeks leading into April 2020, as the pandemic hit Britain and shoppers prepared for looming lockdowns by shunning dresses and outerwear. Yet it enjoyed a unique fillip as the months rolled on with stay-at-home workers fuelling a sales boom by whiling away the hours with digital shopping sprees.

For Beighton, it made for pleasing reading. Asos’ sales rose 24pc for the six months to February, while profits climbed from £30.1m to £106.4m.

Such was the optimism for online retail that a flurry of firms rushed to become public: In the Style joined Moonpig, Virgin Wines and Made.com in listing on the London market.

But amid the excitement, there was growing concern from some bankers and analysts they would struggle to maintain lockdown momentum once restrictions eased and the high street opened back up.

Little did they know of an even greater threat bounding over the horizon, particularly for fast-fashion firms that rely on complex global supply chains to make money from razor thin margins.

In the Style cautioned last month that its profits would be hit by higher shipping costs and increased customer returns as supply chain problems took the shine off its London float. Days later Boohoo gave a bleak update about pressure on its margins, sending shares down 12pc on September 30.

Asos’ day of reckoning has proved just as painful. On Monday the online giant cautioned pre-tax profit will be substantially lower in 2022 than a year earlier. It is expected to fall from £193.6m, to between £110m and £140m.

Sales and pre-tax profit had climbed 20pc to £3.9bn and 36pc to £193.6m respectively for the year to August. Margins, however, dropped 200 basis points to 45.4pc amid freight and “Brexit-related costs”, increased marketing spend to fend off rivals and detrimental foreign exchange costs.

The company is trying to tackle problems head-on. Asos is hunting for a new warehouse in Europe to bolster home delivery in key markets and drive down shipping costs. It is also using additional ports for entry into the EU to manage increased lead time from the UK to the Continent, due to Brexit. The aim is to slash lead times to four days instead of eight.

Such ambitions will not only take time to bring to fruition, but also be made even more complex with a leadership vacuum hanging over the company.

Despite Beighton’s assurances in September that he was wedded to Asos, newly-appointed chairman Ian Dyson said on Monday he was unsure whether the now former chief’s “heart was in it” for the time it would take to transform the company.

“Nick felt that he had to commit to another six years or so for our next strategy and that wasn’t something he could commit to,” he added.

Analysts at Peel Hunt said that although Beighton’s departure “had felt fairly imminent”, it was not expected to come as soon as this week.

“Following a series of missteps in 2018-19, Asos strengthened the main board and set about recruiting a strong leadership team, cementing the transition from founder-led business and reducing key-man risk,” they said.

“With the next stage of development focused on international growth, there’s an argument for Asos to bring in a CEO with the relevant experience to shape the strategy for the coming four to five years.”

Other analysts predict his departure will fuel speculation of a dispute between Beighton and the board over the direction of the business. They argue Monday’s profit warning was different from others previously issued under Beighton’s leadership, which Asos has bounced back from, in light of the challenges it is facing.

Regardless, Dyson can ill-afford to go without a full-time chief executive for long. The company has assured preparations are already in place to bring in an executive to lead Asos’ global charge.

In the meantime, it may have little option but to channel’s Beighton’s positive energy and view each problem as “a bump in the road that needs to be fixed”.

But with little sign of let up in the supply chain disruption, no clear replacement and the prospect of consumer confidence waning from a winter of discontent, the route ahead may prove even rougher for the fast-fashion trailblazer before it reaches safe ground.