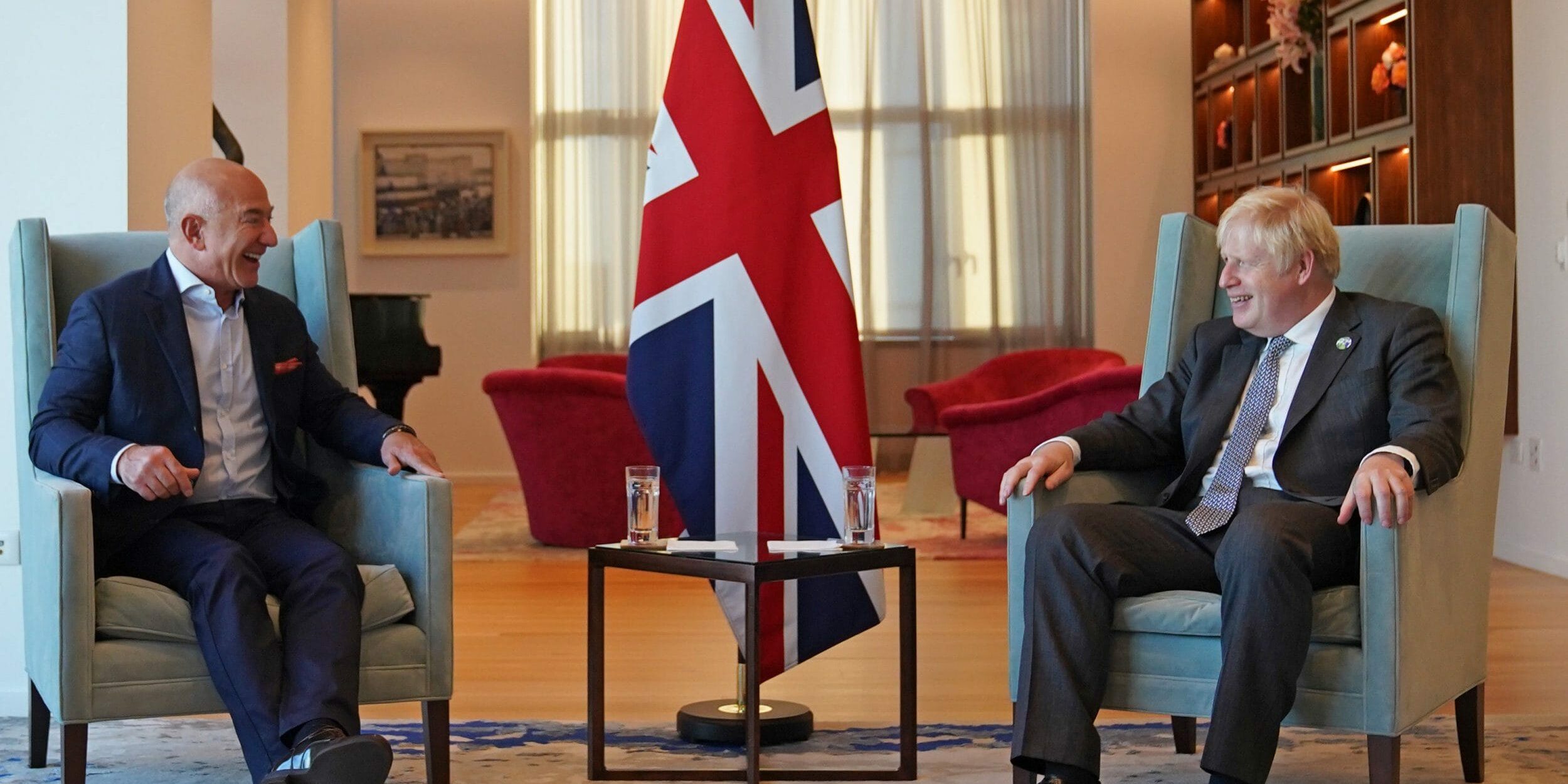 Boris Johnson has challenged Jeff Bezos on Amazon’s tax payments at a meeting in New York during his US visit.

Downing Street said the Prime Minister had pushed for the online retail giant to work with countries on implementing a recent G7 deal to make multinationals pay more tax in the countries where they do business.

Mr Johnson “raised the issue of taxation, and hoped progress could be made in implementing the G7 agreement on tax”, a No 10 spokesman said.

Amazon has faced repeated calls to contribute more to the Exchequer. The company said it paid £492m in direct taxes last year, but it has faced criticism for logging UK sales outside Britain.

The two also discussed the upcoming climate summit in Glasgow and the billionaire’s Earth Fund, where he is directing part of his $194bn (£142bn) net worth.

Mr Bezos said there had been “a lot of passion” in the discussion on climate change and that the two had also debated the respective merits of the American science fiction author Isaac Asimov and English writer Arthur C Clarke.

“Good exchange of ideas on climate change with a lot of passion around preserving and restoring the natural world,” Mr Bezos wrote on Instagram.

“There might also have been a side conversation about who’s better – Asimov or Clarke. The meeting was useful and enjoyable.”

“They discussed the upcoming COP26 summit and agreed that there was an urgent need to mobilise more public and private money to help developing countries protect biodiversity, including through the LEAF Coalition [a consortium of governments and companies including the UK and Amazon focused on protecting forests],” the spokesman said.

“The Prime Minister welcomed the Bezos Earth Fund’s commitment, announced tonight, to give $1bn to protect forests and remove carbon from the air. The Prime Minister and Mr Bezos agreed to work together to see what more could be done in the run up to and at COP26.”

The G7 nations agreed this summer to move forward on new rules to force major companies to pay more tax in their major trading markets. However, there have been concerns that Amazon will not pay since its profit margins are often below the 10pc agreed by the G7.