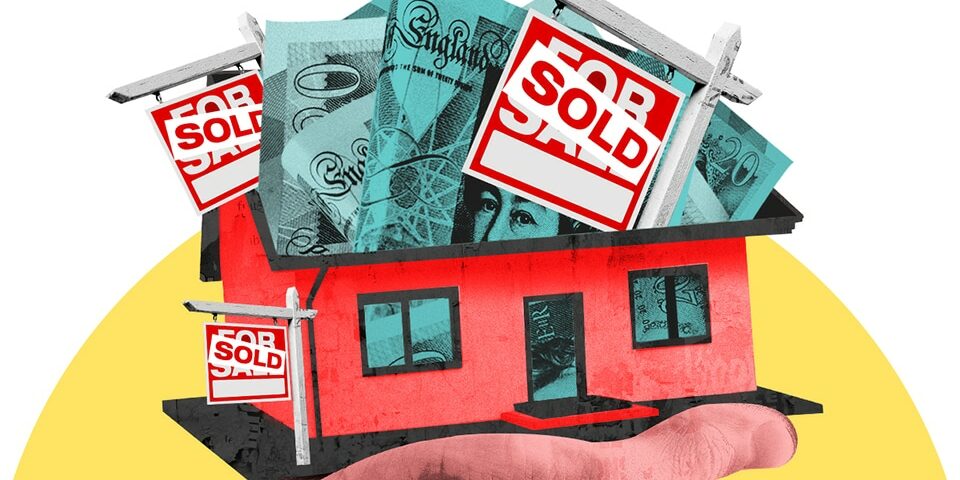 Nearly 15 years after a burst housing bubble tipped the world into the worst financial crisis for a century, booming property markets are triggering an uncomfortable sense of déjà vu.

From New Zealand to South Korea, prices are soaring. An Auckland fixer-upper, which couldn’t even boast its own toilet, changed hands for more than NZ$2m (£1.1m) this month; meanwhile 6,000 miles away in Seoul, authorities are racing to curb an overheating market. In the US, prices are rising at the fastest pace for more than 30 years, and over here a buyer “frenzy” has driven the busiest first half on record, according to property website Rightmove.

Agent Knight Frank sees further signs of the froth in its latest global cities index, which monitors prices in 150 major markets and is now rising at its fastest pace since 2006. Kate Everett-Allen, head of international research, says: “There are now 43 cities in the index which are seeing double-digit price growth. Before the pandemic, there was just one.”

The price surges come as builders scramble for materials and labour to meet the demand. It also comes against the backdrop of stimulus poured on by policy makers warily watching the spread of the delta variant.

Former Bank of England rate setter Adam Posen warns that housing bubbles “almost always mean trouble” and puts the risk of one in the US at “seven out of 10”. Are central bankers in danger of taking their eye off the ball and fuelling another crisis in the housing market?

The Bank of England insists not, despite lender Nationwide’s house price index growing at its fastest pace in almost 17 years in June. Its latest Financial Stability Report barely mentions the residential housing market. Sir Jon Cunliffe, deputy governor for financial stability, is “by no means complacent” but says rate setters would “see how the market plays out” as temporary factors like the UK’s stamp duty holiday are withdrawn.

He adds structural shifts could keep prices high as working from home becomes a bigger part of the economy. The big worry for the Bank – that a more buoyant market translates into higher household indebtedness – “hasn’t happened so far”.

But while the US Federal Reserve buys up $40bn (£29bn) a month in mortgage-backed securities as part of its Covid stimulus, other central banks are already leaning against their housing markets. The Reserve Bank of New Zealand, where prices were already inflated by a chronic shortage of supply and rock bottom borrowing costs, has reimposed loan to value limits on mortgages, ended quantitative easing (QE) and signalled that rates could rise as soon as next month.

House price stability has now been added to its mandate amid concerns over the potential damage to the financial system. In Canada, another hotspot where booming prices and a dearth of homes have prompted billboard protests from those shut out of the market, the central bank began reining in support back in April.

Adam Slater, lead economist at Oxford Economics, warns that house prices in advanced economies could be around 10pc overvalued, based on a study of markets in 14 countries. That is yet to reach the estimated overvaluation of some 13-15pc in the run-up to the financial crisis in 2006 – but the question remains over what happens next.

He says: “The key point about this is that we’re in the middle of quite a strong rise in house prices, but we don’t know where the end point is. But the boom might go on for another two years, in which case these measures would look a little bit more worrying.”

Slater adds: “There is a fairly widespread opinion that much of the heat in the housing market is to do with tax incentives and it will fall away once those come to an end. I think the problem with that is that if we look at a global comparison, we see the price going up rapidly in a lot of places where those tax incentives are not in place.

Experts say that the saving grace – so far at least – is a lack of leverage in the property market compared to the run-up to 2008. Mortgage credit as a share of GDP remains below levels reached before the GFC and is only exaggerated more recently by the catastrophic collapse in growth caused by coronavirus lockdowns.

Lending growth is slower than the pre-crisis period and compared with 2007-8, when a structured finance boom caused plummeting underwriting standards and surging “subprime” debt. Better-capitalised lenders have also been much more cautious about who they lend to.

In the US almost three-quarters of mortgage lending by value is going to those with an Experian “very good” credit score, with subprime virtually non-existent. Bank of America data also shows just 2pc of new US loans are floating rate compared to above 20pc before 2007, vastly reducing the exposure of borrowers to an interest rate shock.

Bank of England figures moreover show that the share of all mortgage deals with a loan to value ratio of more than 90pc dropped in the first quarter to just 1.1pc, the lowest since it began collecting data in 2007.

“Relative to history, high LTV lending is tiny, so even in the event of a sharp house price correction, bank losses will be small,” says Investec’s banking analyst, Ian Gordon. But he argues that the Government is unlikely to achieve its ambitions of building 300,000 homes a year by the middle of the decade, Unemployment is set to be far lower than feared at the start of the pandemic, meaning fewer distressed sellers. “In a “low” interest rate environment, which I see as permanent, the ability to service higher mortgage debt arguably offers some measure of housing market support,” he adds.

Another factor working against the imminent pop of a bubble is the absence of a building frenzy. Everett-Allen says: “We’ve not had that big boom in supply that we did in a number of markets that we did before 2008. Spain and Ireland, for example, were seeing huge numbers of new build properties come to the market.”

David Miles, a housing market economist and another former Bank rate-setter, says the recent price surge also has to be put in the wider context of falling real interest rates since the mid-1980s, as the yields or returns on inflation-proof government debt sank almost six percentage points. That shift inflates the prices of assets like housing, which have doubled in real terms since 1985. “The bigger picture of why house prices have gone up so much in so many countries over quite a long period now has as a relatively straightforward answer, which is that real interest rates are super low.”

But Miles adds that the UK housing market is “more susceptible” to a change in the trajectory of interest rates, while his former MPC colleague Posen – now president of the Washington-based Peterson Institute for International Economics – adds that it is too early to write off bubble fears.

He says: “As we saw in the UK over the last 15 years, supply factors are not automatically self-correcting for residential investment, and can feed bubbles.”

That said, the bigger threat might be from commercial property than house prices, according to TS Lombard economist Dario Perkins, as working from home trends mean more empty space and falling valuations. That puts a hole in bank balance sheets and forces companies borrowing against buildings to put up more collateral.

So far a combination of cheap mortgages, loose monetary policy and a lack of supply should reduce the risk of a “violent correction”, according to Slater.

But US Treasury Secretary Janet Yellen has voiced concerns about the longer-term housing affordability, while Miles has warned that the benefits of buoyant house prices will be passed down to future generations “unevenly”. Even if the bubble doesn’t burst in dramatic 2007 fashion, the Covid property boom threatens to entrench inequalities brought to the fore by the pandemic.

Are we heading towards an imminent housing market crisis? Share your view in the comments section below