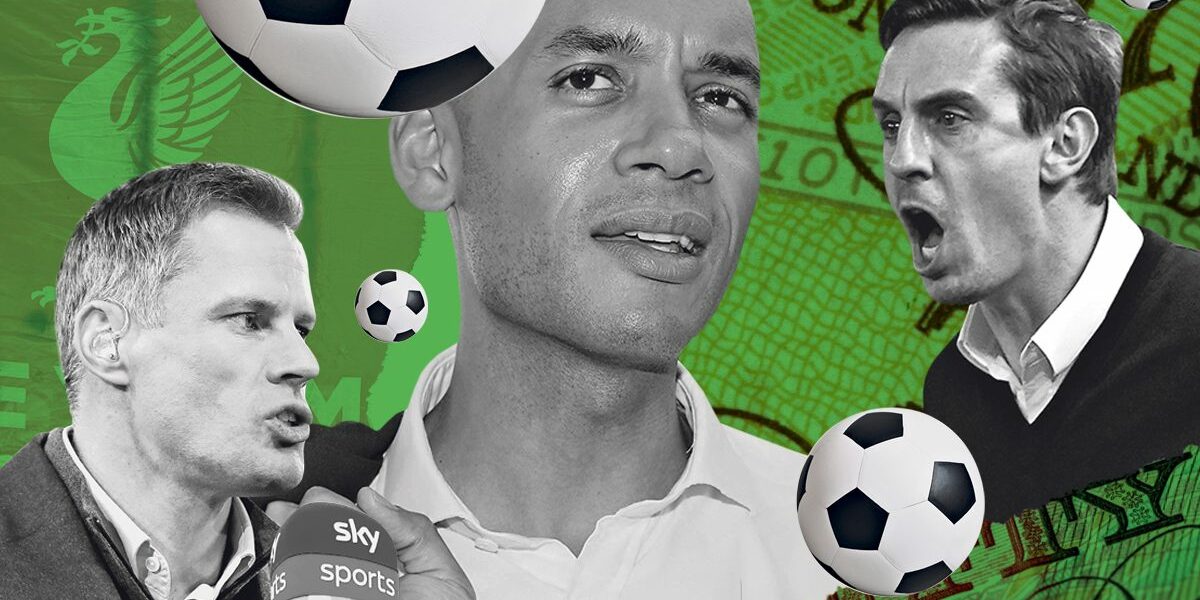 Chuka Umunna has had a tricky first 10 days in his new career as an investment banker. The former Labour leadership hopeful could hardly have walked into a bigger storm as JP Morgan’s head of “doing the right thing”.

The Wall Street titan has played a crucial role in the doomed plans for a breakaway European Super League by raising €4bn debt funding to get the scheme off the ground.

Umunna’s appointment was announced in February to great fanfare. Insiders insist that he was not involved in the football deal because he only formally started on Monday, Apr 12. “He’s only just finding out where the toilets are,” says one colleague.

Nevertheless, as head of environmental, social and governance (ESG) for JP Morgan across Europe, the Middle East and Africa, his job is to make sure the lender considers the impact of its dealmaking beyond the bottom line.

By backing the ESL, his colleagues have already put Umunna in the line of fire. Fans, players and politicians including the prime minister united to condemn plans that threatened to divide top clubs from the communities which founded them. With Umunna’s feet barely under his desk, JP Morgan’s commitment to ESG, one of the hottest trends in global finance, is in question.

One sustainability rating agency has downgraded JP Morgan over the breakaway plan. Standard Ethics changed its rating for the bank from  “adequate” to “non-compliant” and said it had behaved “contrary to sustainability best practices”.

Yet for the 12 club owners behind the plot JP Morgan was a natural choice.

As the biggest of America’s big four investment banks, it has carved out a reputation for striking landmark deals in the sports industry.

In Britain it provided a launchpad for the sporting career of Ed Woodward, the Manchester United chief executive who resigned after the ESL debacle this week. He previously worked as investment banker at JP Morgan and advised the Glazer family on the fraught takeover of the club in 2005. The debt piled onto Manchester United then has heightened tensions between the boardroom and fans ever since.

JP Morgan’s role in the ESL was meant to be relatively simple. It was asked to raise money that would be distributed among the participating clubs as an advance on the future earnings from broadcasting rights. This would be the signing bonus that would seal the deal.

Such arrangements are nothing new to JP Morgan. As far back as 2010, the bank arranged an $800m loan for 16 US basketball teams against “media revenues and other NBA-related assets”.

As the sums involved in sport have increased so has JP Morgan’s interest in financing the industry. In 2019 it raised €575m for Real Madrid to rebuild its Bernabéu Stadium.

It also advised Rocco Commisso, the billionaire owner of US cable company Mediacom, on his purchase of Italy’s Fiorentina. JP Morgan helped the car-dealer-cum-film-director Dan Friedkin acquire its Serie A rivals Roma, too.

City sources said the ESL deal was cooked up by JP Morgan bankers including Harry Hampson, the veteran vice-chairman of the bank’s Cazenove arm.

Hampson, 56 and born in Canada, is a veteran of big media deals, having worked for News Corporation on its failed takeover of BSkyB a decade ago.  More recently he organised financing for the cable operator Liberty Global in the £31bn merger of its UK business, Virgin Media, with the mobile network O2 and was involved in the £1bn stock market debut of Moonpig earlier this year.

But a deal of the size and profile of the ESL would have ultimately attracted the attention of Jamie Dimon, JP Morgan’s long-time chairman and chief executive.

Dimon, 65, has led the bank since 2006 and steered it successfully through the financial crisis to ever-greater dominance in competition with Goldman Sachs. In January, despite the pandemic JP Morgan announced a record $12.1bn profit, smashing analyst expectations.

Nevertheless, in recent years Dimon has become an enthusiastic promoter of the ESG agenda and the responsibilities of banks to communities.

In his annual note to shareholders in this month he wrote: “We have long championed the essential role of banking in a community – its potential for bringing people together, for enabling companies and individuals to reach for their dreams, and for being a source of strength in difficult times.”

As the recriminations fly over football’s failed coup, JP Morgan is refusing to make public comment and positioning itself as a mere lender rather than an adviser.

It is understood bankers have been frustrated by the chaotic unveiling of the plans on Sunday. The ESL’s announcement on Monday highlighted the potential financial upside for the clubs involved, leaving an open goal for fans who believe their clubs are run by greedy money men.

There were references to “solidarity payments” and promises from Joel Glazer, one of the owners of Manchester United, of “increased financial support for the wider football pyramid”. But the focus was on the €3.5bn payday that would “offset the impact of the Covid pandemic” for founding teams.

The publicity campaign was organised by iNHouse Communications, a firm that was founded by former journalist Jo Tanner and Katie Perrior, Downing Street director of communications under Theresa May.

Boris Johnson refers to them as the “Fortnum and Mason of communications” on iNHouse’s website. Within hours of releasing the news, the Prime Minister would be leading the criticism.

“Who is going to run the JP Morgan Cup?” tweeted Gary Neville.

Even Sajid Javid, the former chancellor who now works part time as a senior adviser to JP Morgan for £150,000 per year, put the boot in, accusing the clubs of “appalling selfishness, and a callous disregard for their fans”.

Deal insiders argue that regardless of JP Morgan’s commitment to ESG, the social impact of deals are only on one consideration in serving clients.

And while many of the bank’s own employees will be breathing a sigh of relief as the ESL implodes, it retains strong ties with the clubs involved.

Dimon’s primary responsibility is to his shareholders. And although JP Morgan’s association with the ESL may have blotted its copy book with some, its shares have been largely unaffected by the backlash. Meanwhile the share prices of Manchester United and Juventus have see-sawed.

“Shareholder value can be built only if you maintain a healthy and vibrant company, which means doing a good job taking care of your customers, employees and communities,” Dimon told investors a few weeks ago. “How can you have a healthy company if you neglect any of these stakeholders?”