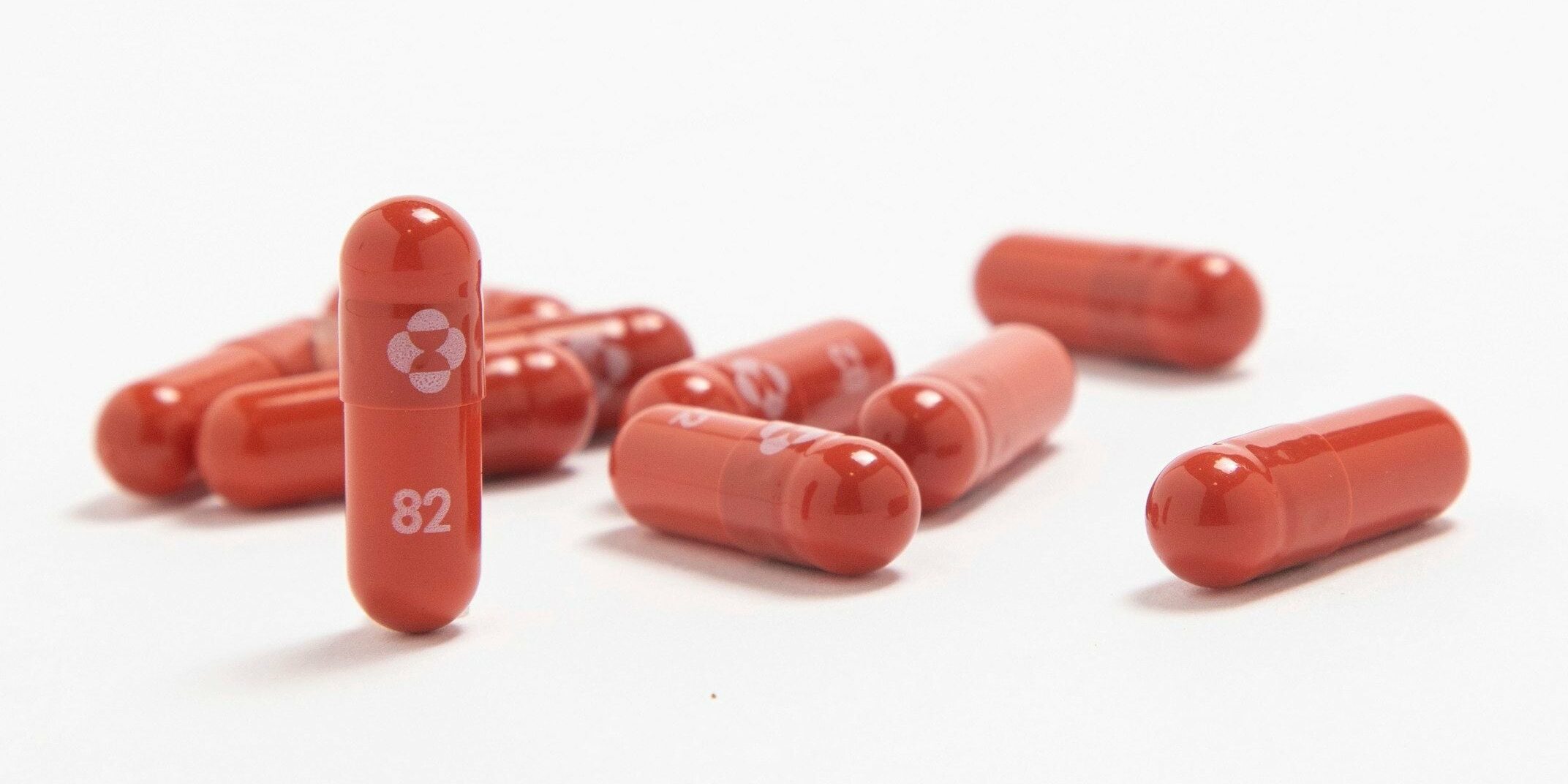 Over-60s will be offered a “game-changing” Covid treatment that can be taken at home, as Britain becomes the first country to licence the pill.

Lagevrio, also known as Molnupiravir, is also the first drug which can be taken orally, rather than intravenously, to be approved to treat the virus.

The drug was “safe and effective” at reducing the risk of hospitalisation and death among those with mild to moderate Covid who were at increased risk of it becoming severe, the Medicines and Healthcare products Regulatory Agency (MHRA) said.

Clinical trials have found the pill cuts the risk of hospitalisation or death by 50 per cent for some patients.

The Government announced last month that it had secured 480,000 courses of the drug and a national study will now gather further data on the benefits of the treatment.

Patients are expected to be prescribed the drug by their GP over the phone and have it delivered by, or collected through, a pharmacy.

Sajid Javid, the Health and Social Care Secretary, hailed the announcement as a “game-changer”.

“Today is a historic day for our country, as the UK is now the first country in the world to approve an antiviral that can be taken at home for Covid-19.

“This will be a game-changer for the most vulnerable and the immunosuppressed, who will soon be able to receive the ground-breaking treatment.”

He added that the Government was “working at pace” with the NHS to set out plans to deploy the drug to patients through the study “as soon as possible”. It is expected to start in the New Year but could begin even sooner.

The pill, from Ridgeback Biotherapeutics and Merck Sharp & Dohme, works by interfering with the virus’ replication.

It prevents the virus from multiplying, keeping levels low in the body and therefore reducing the severity of the disease.

The MHRA said the drug should be taken as soon as possible following a positive Covid-19 test and within the first five days of symptoms.

Patients who will be eligible for the treatment will have at least one risk factor for developing severe Covid, including over-60s, obesity, diabetes or heart disease.

Separately, Oxford scientists have identified a single gene which doubles a person’s risk of dying from Covid.

The gene, called LZTFL1, is relatively common in people of European ancestry, affecting around one in six people.

However, it is extremely prevalent in South-East Asians and is the dominant form of the gene, present in more than 60 per cent of the population.

In a new paper, published in Nature Genetics, a team of academics at the University of Oxford used a cutting-edge, high resolution form of analysis to find “switches” that turn on certain genes.

Experts had previously thought that the gene, whatever it may be, was affecting a person’s immune system, likely the white blood cells, and making them more vulnerable to infection.

But the Oxford team found the gene had no impact on the immune system, and instead was making physical changes in lung cells.

When a person catches Covid-19, the lung cells react by becoming less specialised and shedding some ACE2 receptors on their surface which the virus uses to get inside cells. This protects the cells somewhat from the virus, and makes it harder for more cells to get infected.

In people with the faulty gene, however, this process is inhibited, so they continue to express plenty of ACE2, and their lung cells are continuously besieged by the virus.

Prof James Davies, co-author of the study, explained: “What we think is happening is that people who have the high-risk version of the gene have high levels of LZTFL1 and this blunts this response, and increases the susceptibility of the lung to infection from the virus.”