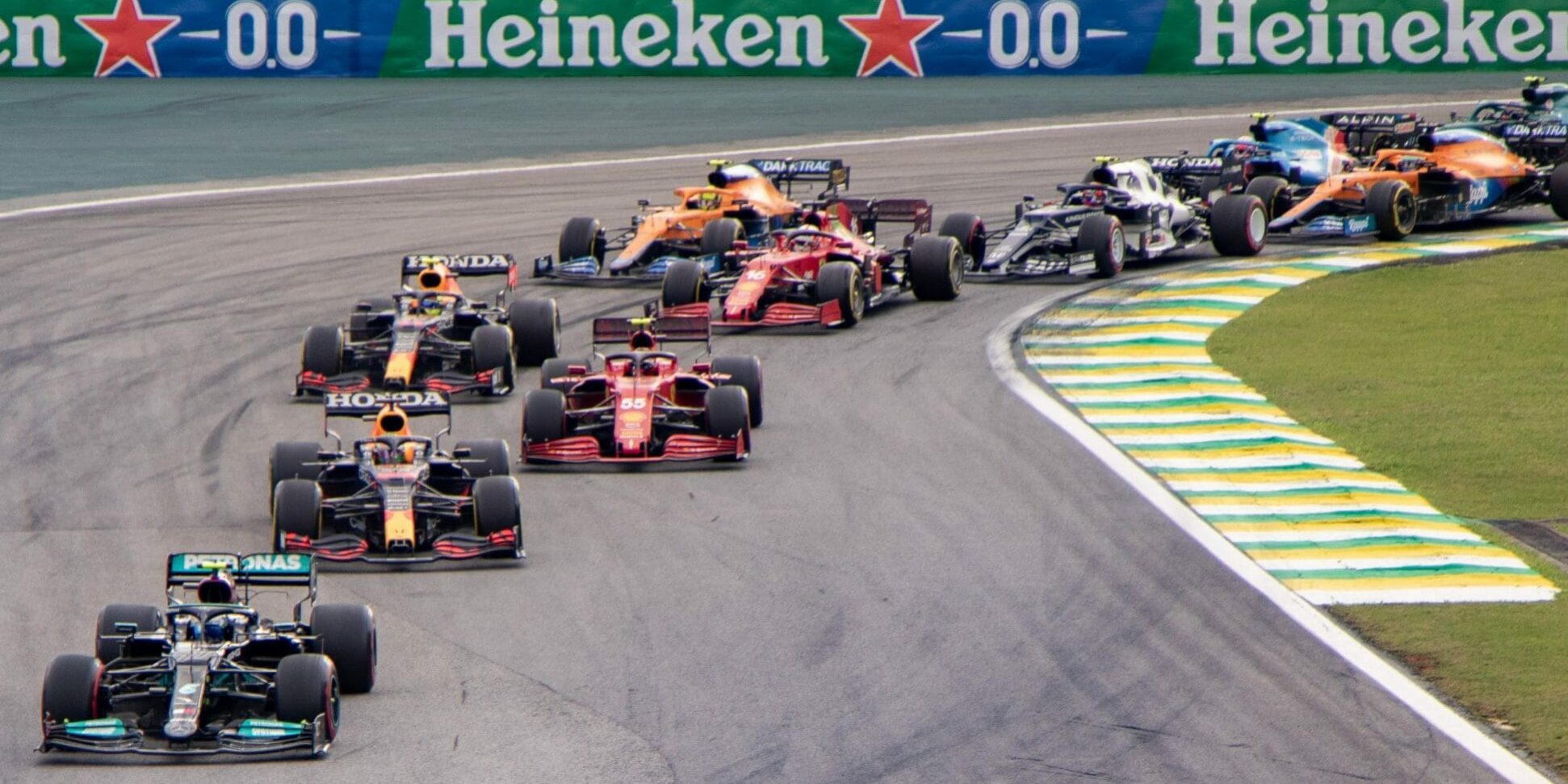 As helicopters flew over cheering crowds and a marching band gave a rousing performance, celebrities jostled for attention. It was the kind of pomp and pageantry savoured for a national celebration.

Instead it was Texas’ Circuit of the Americas racetrack and the popularity of Formula One – which is finally gaining momentum after decades of failed attempts. Record crowds of 400,000 watched as Red Bull’s Max Verstappen edged to victory at last month’s US Grand Prix, beating the seven-time world champion Lewis Hamilton.

For Formula Oneowners Liberty Media, it was a memorable moment made sweeter when executives began crunching the numbers. Of those attending the four-day spectacle, 70pc were experiencing their first Grand Prix.

Such interest from new fans has provided a huge vote of confidence in the US media corporation’s attempts to modernise and grow the motorsport.

“[The commercial opportunity] is huge and one we are focussed on,” he says.

“For the first time we are really seeing an audience in love with F1 and our fanbase growing. We have two races in the USA in 2022 in Austin and Miami, and I think a third is very possible. There is huge commercial interest in what we are doing as a sport.”

After snapping up the motorsport five years ago from American buyout firm CVC for $8bn (£6.4bn), Liberty has been battling concerns that predictable racing will fail to attract a younger audience needed to sustain the sport long into the future.

But Liberty’s boldest attempt to defy the critics will come next year.

Controlled by the “cable cowboy” John Malone, the company is enforcing new rules to allow closer racing and increased overtaking in an attempt to help narrow the gap between the weakest and strongest teams.

Meanwhile, executives have been mounting a sustained social media and marketing blitz to bring modern glamour to a sport that was in danger of losing touch with the masses.

Within those plans America has been a key focus, with Liberty eager to tap the commercial potential from capturing millions of Americans already fanatical about Nascar racing.

Part of the heavy-lifting has come in the form of three seasons of Netflix’s Formula 1: Drive to Survive. The documentary series plays up the sport’s personalities by focusing on rivalries between the drivers away from the track.

By dialling up the drama around the biggest characters, F1 has been able to kindle interest from a new breed of fan previously left nonplussed by motorsport.

“I think Netflix has been a huge part of engaging new audiences in the US, and we hear all the time people saying how they have got into F1 because of Drive to Survive,” says Domenicali, the ex-Lamborghini boss who took over from executive chairman Chase Carey in January.

“The key thing is not just building up to a Grand Prix but maintaining a presence and momentum in the US all year. In 2022 we will have two US races in Austin and Miami, and that is just another great example of the increased activity we have in the country.”

The Italian’s tiggerish enthusiasm for America comes in contrast to Bernie Ecclestone, the billionaire who transformed F1 into a multibillion-pound global spectacle through a series of sponsorship and commercial rights deals after taking control in the late seventies.

In an interview four years ago, Ecclestone said US viewers were not patient enough to sit and watch an F1 race, and complained that US broadcasters were never willing to give the sport the prominent position it deserved.

“The TV in America for us has been really bad,” he said. “Whereas in the rest of the world we get good television coverage… that is why I moved more towards Asia.”

Back then, F1 was still heavily reliant on the TV rights deals struck with US broadcasters to help elevate the sport’s profile alongside basketball, American football, baseball and Nascar.

Now, a greater importance is placed on the personalities of motorsport and their presence on social media. It has meant embracing a mix of modern and more traditional marketing tactics to try and capture viewers of all ages.

“In 2017 there was not a social media function within our business and we didn’t communicate with fans,” says Domenicali.

“We have seen strong social media engagement and follower growth as well as F1 TV strength and huge eSports gains.

“Formula One is now strongly outperforming other major sports in the digital arena including La Liga, NBA, PGA tour and the Premier League with the highest level of engagement growth vs all competitors in 2020.”

Domenicali’s next step will be to consolidate the progress.

The Telegraph understands talks are underway for a third race in America, with Las Vegas the most likely host.

Greater riches could also come by capitalising on streaming giants’ growing appetite for live sports. In March, Amazon paid $1bn (£700m) per year until 2023 for the exclusive rights to Thursday broadcasts of the National Football League.

Wlodarczak believes F1’s rising popularity in America will not only lead to a much bigger pay TV deal, but serious interest from the streamers.

“F1 is basically not getting paid by ESPN, and given ratings success and the momentum in the sport, they will be due for a very healthy increase.

“Globally they need to get the internet based players like Amazon, Google and Facebook involved in bidding for rights.

“The larger [the American streamers] get, the more difficult it is getting to continue to grow – and sports is still a huge advertising driver. So in their quest for growth I think it is inevitable they will bid much more aggressively on sports rights.”

Liberty could even go a step further in their commercial ambitions by rolling-up the F1 brand with another significant motorsport such as MotoGP, the motorcycle Grand Prix, according to Wlodarczak.

“I am sure it would improve under Liberty management as its private equity owners tend to focus on shorter-term cash flows rather than building out of the medium to long term,” he adds.

“They are going to look to sell and Liberty is a natural buyer, but Liberty is not going to overpay and this is actually why I think a deal has not happened yet.”

Liberty’s US marketing attack will have come at a cost, yet such investment is justified if it yields a steady string of new commercial and sponsorship opportunities that come from being embedded in one of the world’s biggest economies.

Creating the next marketing success on the scale of Drive to Survive will be a worry for Liberty and F1 executives. But if the new rules deliver the kind of high-octane racing hoped for then the sport will be much more capable of speaking for itself.