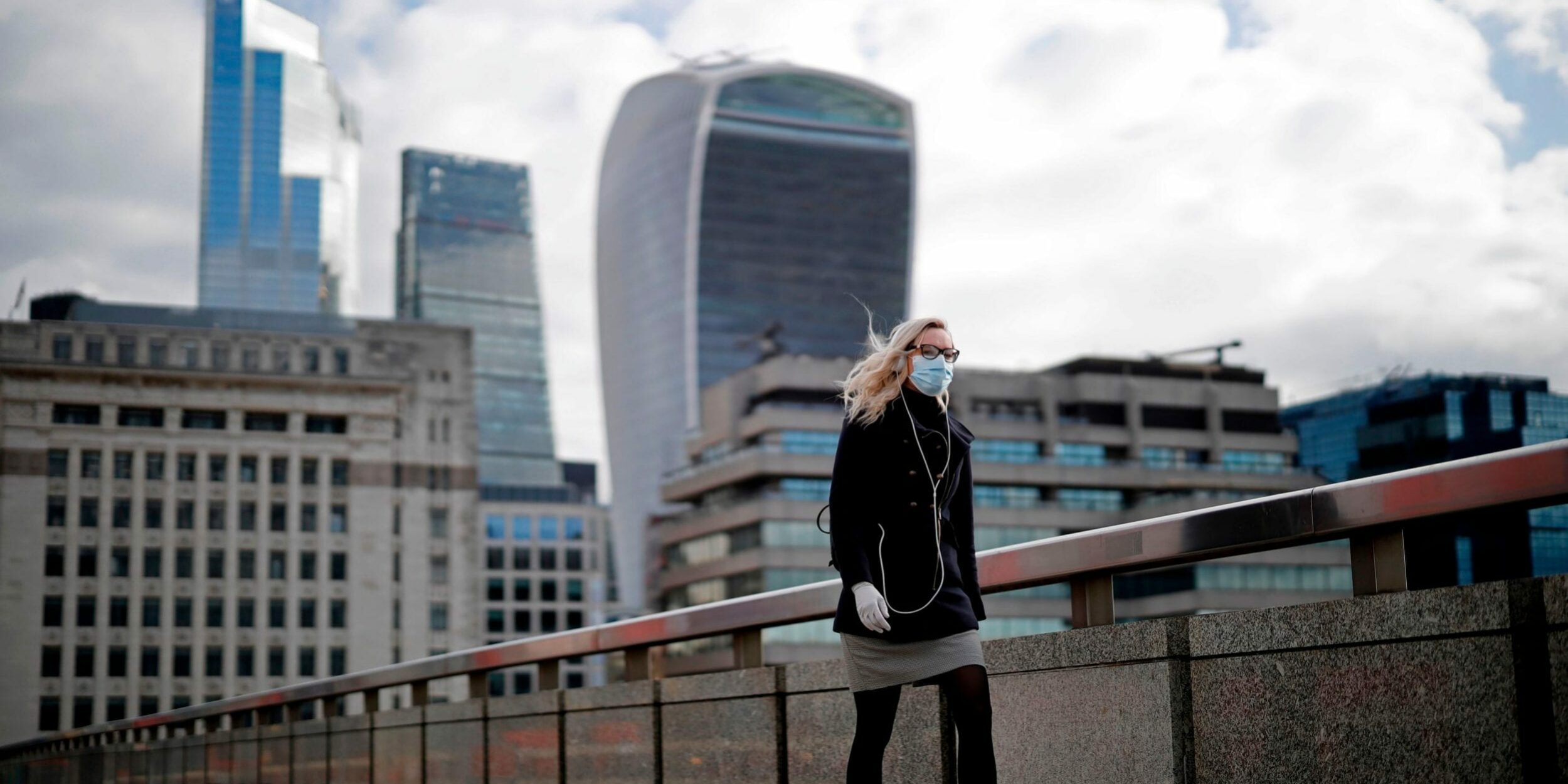 The FTSE 100 has crashed more than 3pc as the discovery of a new Covid super-variant sparked doubts over the economic recovery.

The new South Africa variant, which has also been detected in Hong Kong, is feared to be more transmissible and could even evade vaccines.

The UK has reinstated the travel red list for South Africa and six other African countries from noon today in a bid to delay the variant’s arrival in Britain.

This sparked a huge sell-off in Asia overnight, with Japan’s Nikkei suffering its biggest fall in three months. The MSCI index of Asia shares outside Japan fell 2pc, its sharpest drop since August.

Investors flock to deliveries and sanitiser

There are echoes of March 2020 this morning, with investors turning to lockdown-friendly stocks.

Just three companies are currently trading higher: Ocado is up 2.9pc, while Reckitt Benckiser and Royal Mail are up 0.3pc and 0.2pc respectively.

The movements suggest traders are betting on more home deliveries this winter, as well as higher demand for cleaning products.

Even Bitcoin feels the heat

It seems there’s no escape from this morning’s Covid concerns – even cryptocurrency is feeling the heat.

Bitcoin, which recently surged to record highs, is down almost 6pc at $55,494. Ethereum, the second largest digital coin, has also slumped 5pc.

Unsurprisingly, it’s leisure and travel stocks that are taking the biggest beating across Europe this morning.

The UK and Israel have already announced travel bans from southern Africa, while the EU has said it’s likely to follow suit.

Here’s how the biggest European players are faring:

There’s some bittersweet news in energy markets as soaring gas prices have begun to ease – but not for the best of reasons.

Gas prices have surged in recent months, contributing to an escalating energy crisis that has put around 25 suppliers out of business.

Benchmark Dutch gas has reversed course this morning, falling 2.9pc to €90.52 a megawatt-hour, though it’s still up for a fourth consecutive week.

It comes as the new Covid variant fuels concerns that a rise in infections and the introduction of tighter restrictions will curb demand for energy over the winter. A rise in wind power has also contributed to the easing of prices.

Right, time to take stock of what’s happened on the FTSE so far.

The blue-chip index has slid further into the red – it’s now down 3.4pc at 7,063 points as investors react to the new South Africa Covid strain.

IAG is the biggest faller. The British Airways lost as much as a quarter of its value, but it’s now pared some of its initial losses to trade down 14pc.

Jet engine maker Rolls-Royce is down 13pc, while hotel groups InterContinental and Whitbread have both fallen 7pc.

It looks like IAG may be one of the biggest losers from the Covid troubles.

The British Airways owner has bombed 21pc after the UK brought in a travel ban on South Africa and five other southern African nations. The EU looks set to follow suit.

Initial numbers coming through suggest there are some hefty falls across the index.

InterContinental Hotels Group is down 5.1pc – its biggest decline in 17 months.

Banking stocks are also taking a hit, with Barclays and Lloyds firmly in the red. Anglo-South African firm Investec has dropped 5.2pc in its biggest fall for eight months.

The EU looks likely to follow Britain’s lead and halt air travel from southern Africa in a desperate bid to keep the new strain out.

European Commission President Ursula Von der Leyen said the bloc was planning to “activate the emergency brake to stop air travel from the southern African region due to the variant of concern B.1.1.529”.

The @EU_Commission will propose, in close coordination with Member States, to activate the emergency brake to stop air travel from the southern African region due to the variant of concern B.1.1.529.

Oil prices are taking a battering this morning as news of the new variant casts doubts over demand for the winter.

Brent crude dropped 3.9pc to below $80 a barrel amid a wave of caution across global markets. West Texas Intermediate – another key benchmark – slumped 4pc to below $75 a barrel.

The discovery of the new South Africa variant has sparked panic on the markets, but how bad is it?

Researchers don’t yet know just how lethal or transmissible it is, but the Government is taking a cautious approach. Fears that the strain, which has 32 mutations, could evade the vaccine are particularly concerning.

Sajid Javid, the Health Secretary, said the new variant “may be more transmissible” than the delta strain and added “the vaccines that we currently have may be less effective”.

A JCVI scientist has warned the public needs to be ready for new restrictions in the wake of the discovery.

FTSE set to slump at the open

It looks like the FTSE won’t be immune from the wider market jitters this morning.

Futures tracking the blue-chip index are pointing 2pc lower as investors respond to the discovery of a potentially vaccine-resistant Covid variant.

The sentiment has spread elsewhere in Europe, with futures tracking the continent’s top 50 companies falling 2.3pc.

All eyes will be on travel stocks when the FTSE opens after the Government announced a temporary ban on flights from South Africa and five neighbouring countries.

Some rather grim reading to kick off your Friday, I’m afraid, as news of the new Covid super-variant sends shockwaves through markets.

While not much is known about the B.1.1529 variant – first discovered in South Africa – warnings that it’s the most dangerous mutation ever seen have been enough to spook investors.

As well as the sharp drop in Asian stocks, US futures slumped and crude oil lost ground. US Treasuries and the yen have both pushed higher, while the South African rand dropped to its lowest level in a year.

Stocks fell and headed for their largest weekly drop in almost two months on Friday, while safe haven assets such as bonds and the yen rallied as a new virus variant added to swirling concerns about future growth and higher US interest rates.

Japan’s Nikkei was down 1.7pc in early trade and Australian shares fell 0.6pc. MSCI’s broadest index of Asia-Pacific shares outside Japan was down 0.2% for a weekly fall of 1pc.