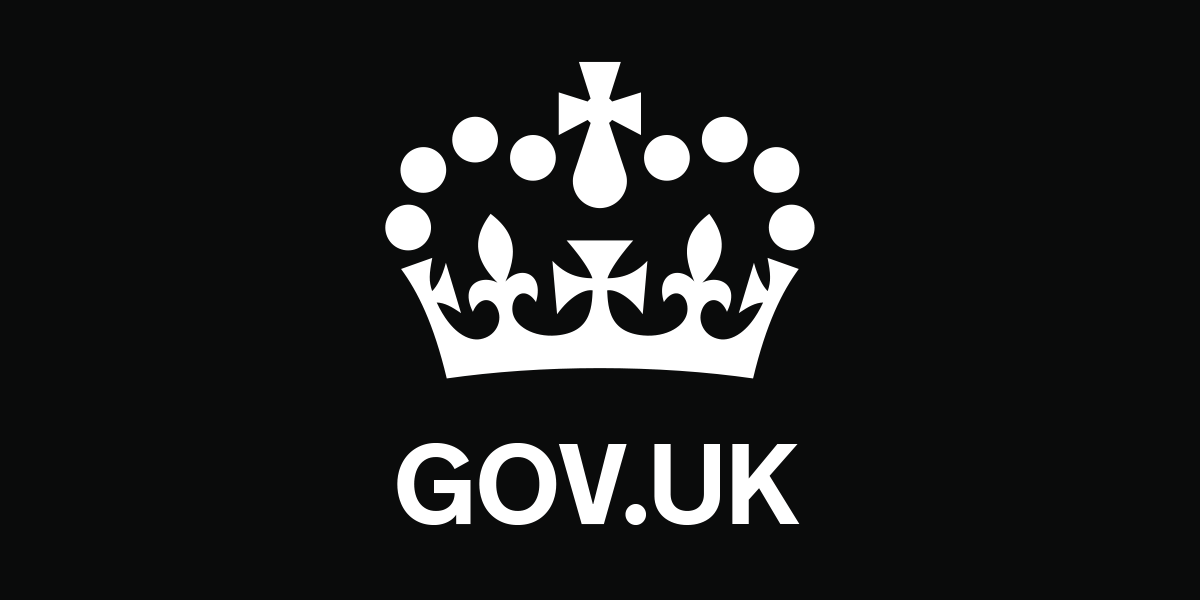 HMRC can require you to complete an Other Interest (OI) return if you’ve:

The information on your return informs checks to make sure Self Assessment tax returns are accurate and complete.

The following legislation gives HMRC the power to issue the notice requiring you to make a return:

HMRC will charge a penalty if you fail to comply with a notice to make a return.

This guidance will help you apply the regulations so you can make an accurate return. It represents HMRC’s interpretation of the legislation and replaces all earlier versions.

HMRC should serve a notice on the trustees of each Authorised Investment Fund (AIF). However, to make things simpler, notices are issued to fund managers requiring information from all AIFs under their management. The manager receiving the notice is legally responsible for making the return.

If you need help to complete a return, How to complete an Other Interest return gives step-by-step guidance to using either the:

Alternatively, you can arrange for a third party to complete the return on your behalf, but you remain responsible for ensuring the content is accurate and submitted on time.

Unless the notice is issued following tribunal approval, the grounds for appeal against a notice can include any of the following:

In some circumstances you can make a nil return.

You must inform HMRC if you want to make a nil return. You can do this by email to tpi.a@hmrc.gov.uk.

This example relates to the 2021 to 2022 tax period but the process follows the same annual cycle.

Notices are issued in February of each year as part of the normal returns cycle. However, HMRC can also issue notices relating to previous tax years.

You may be required to make a return at any time up to 4 years after the end of the relevant tax year. This means it’s advisable to retain your records.

HMRC retains your raw data for a period of 2 years so we can use your original return to resolve any data ingestion problems.

Interest you do not need to include on a return

You should not report interest:

Negative interest does not meet the definition of interest. In this case, it’s comparable to a fee paid to a financial institution to hold a reportable person’s money.

This means it cannot be used to offset interest paid.

For example, if a reportable person is paid £300 of interest in a year where they’ve paid £100 of ‘negative interest’ then you still need to report the full £300 in your return.

There are two types of return:

Some banks and building societies may need to complete both returns. Your notice from HMRC will identify the type of return required.

This is completed by:

BBSI returns are completed by banks, building societies or other deposit takers in the UK operating in the normal course of their business.

Making both types of return

There may be occasions when HMRC requires both an OI and a BBSI return. When this happens, it’s important that you:

When Other Interest can be reported on a BBSI return

You can report OI information on the BBSI return (using the BBSI format and guidance) rather than on the OI return in the following circumstances:

However, if you are not required to make a BBSI return, these must be reported on your OI return.

Making an Other Interest return

If you receive an OI notice, you must make a return regardless of the nature of your business. This includes UK branches of non-resident businesses.

If you receive a notice and know that someone else will be reporting the same information, notify HMRC’s data acquisition team by emailing DA.Enquiries@hmrc.gov.uk.

You do not need to make enquiries to find out whether anyone may be reporting the same interest as you.

You should be able to decide from the information you hold whether a person is a reportable individual. HMRC does not expect you to, either:

If your records name the account holder, or recipient of the interest, as an ‘entity’ rather than an individual you do not have to report their interest.

Interest you should include on your return

You should report interest paid or credited to an:

If the ISA is repaired or found to be invalid before you send HMRC the return, show the correct position on the return.

If you have already sent in the return when either of these happen, do not send a further return but retain the details in case HMRC requests them.

Before 6 April 2006, HMRC would approve pension schemes that met certain criteria and issue them with an approval letter. If the letter was passed to their interest payer, the payer did not have to report the pension scheme’s interest on their BBSI return.

Any pension scheme opening an account after this date must download its registration details and give these to the interest payer as evidence of registration.

Interest payers can rely upon previously lodged ‘approval’ letters as proof of registration for existing accounts or schemes, unless they have evidence that the scheme is no longer registered.

If the interest earned or credited for an investor is below the personal savings allowance, you should still make the return.

This is because the investor may have more than one account and will need to pay tax on the total earned across all accounts.

Interest is treated as received by ‘person A’ if:

For example, if interest on investments is held by a nominee and mandated directly to an individual investor’s bank account, the nominee must report that interest.

If interest is paid to, or received on behalf of, an identifiable reportable individual via a pooled account, the interest is reportable on your OI return.

If the interest cannot be tied to a particular individual on a pooled account, it is not reportable on receipt.

The interest is only reportable once it has been paid to a reportable individual. HMRC then requires the pool account operator to make an OI return.

Partnerships and other joint holdings

If you do not hold details of the reportable individuals themselves you should report the partnership name and address.

Where only one or two of the partners or joint holders are reportable individuals, report the:

If there are more than two reportable individuals in the partnership or joint holding, you may limit your report to just the:

If two or more of the partners or joint holders are reportable individuals with the same address, you can combine their entries in one report.

Trusts and reporting by trustees

You should report any interest paid to an agent for the trustees if the agent is a reportable individual or a partnership.

There may be a change of beneficiary or trust type during the course of the year, for example, where a life tenant dies. In other cases, the right to the interest may pass to a new beneficiary under the terms of the trust.

In all these types of cases, you should report on the basis of who was the beneficiary at the time interest was paid. This may mean you have to make two or more reports for the year, one for each beneficiary or type of trust.

Interest to trustees of discretionary or accumulation and maintenance trusts

Report the name of the trustees where they are reportable. If there is more than one trustee, apply the partnership rule.

Interest to trustees of Bare, Interest in Possession or Life Interest Trusts

For clarity, these types of trust are defined as follows:

Distributions by trustees to beneficiaries of trusts

There is no requirement for trustees of Discretionary or Accumulation and Maintenance Trusts to report interest they have received on their OI return. They are deemed to have received it on behalf of the trust and the beneficiaries do not have an automatic entitlement to it.

Trustees of Bare, Interest in Possession or Life Interest Trusts may receive a notice to make an OI return where their beneficiary is a reportable individual. This is because the beneficiary is entitled to the income of the trust in the form in which it arises.

You must report interest paid to, or received on behalf of, deceased reportable individuals up to their date of death, in their name and at their last known address.

Interest paid to, or received on behalf of, executors is reportable if one or more of the executors is a reportable individual. This applies to the whole period of their executorship. Apply the rules for reporting partnerships where there is more than one executor.

Executors only need to:

If you receive a notice and know that someone else will be reporting the same information, inform HMRC at DA.Enquiries@hmrc.gov.uk.

You must include payments on Sharia compatible accounts and other types of alternative financial arrangements in your return as if these amounts were interest.

Definitions of ‘alternative financial returns’, including accounts compatible with Sharia law are covered in paragraph 12 of schedule 23.

The interest should be reported if the payee is a ‘reportable person’.

Generally, it’s the address on 5 April of the returning year. If your system is set up to report based on information available on the date interest is paid or credited, HMRC will accept your report of that information.

If asked, you must be able to show HMRC:

Customers with more than one address

For example, your ‘Know your customer’ information shows your investor has a UK correspondence address, but a Russian residential address. You would not include interest relating to this investor on your return because their residential address is outside the UK.

‘Gone away’ and dormant accounts

Report the last known address if the interest has already been paid or credited.

Do not report interest you cannot pay because the payee’s whereabouts are unknown.

Once the payee’s whereabouts are known, report the total interest for the year, in the year you pay it, with the new address.

If your IT-systems report by ‘the date when the interest is payable’ HMRC will allow you to report as if the interest had been paid.

A British Forces Post Office or ‘care of’ residential address may not be enough to establish if an investor is a reportable person. This may necessitate (within your remit) further enquiries with the investor to clarify the position. If you do not receive a reply, you should continue to report the interest.

The notice that HMRC sends you will specify the methods and deadline by which you need to submit your return.

You can find more detailed information about formatting and submitting your return in the How to complete an Other Interest return guidance.

HMRC can charge penalties under schedule 23 of the Finance Act 2011 (paragraphs 30, 31 and 32). The following penalties apply if HMRC sends you a notice to make a return and you do not comply:

If you still do not comply, the law allows HMRC to apply to the First-tier Tribunal for a penalty of up to £1,000 per day.

There is also a penalty of up to £3,000 for an incorrect return, so you should take reasonable care when making your return and do not make a deliberately incorrect return.

Inform HMRC immediately if you submit a return and then discover an error. This may help minimise any potential penalty.