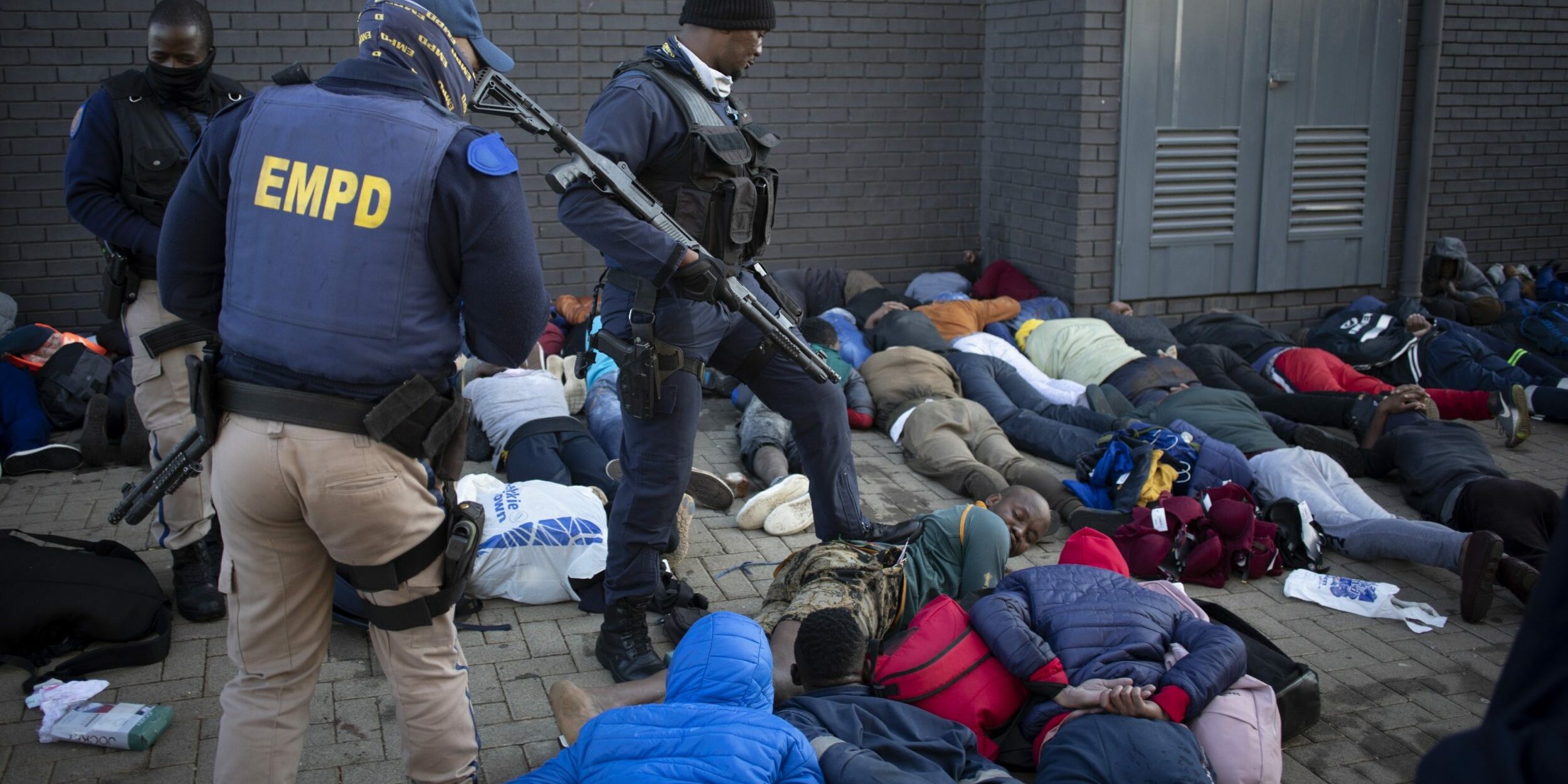 The N3 highway is usually a thriving trade artery, running north-west between South Africa’s port of Durban and its economic heartland of Johannesburg.

Today, however, it’s entirely closed, threatening to cut off the supply of food and medicines in a nation that is already being ravaged by Covid-19.

The shutdown follows protests triggered by the jailing of ex-president Jacob Zuma for failing to appear at a corruption hearing last week.

More than 35 lorries have been burned or heavily damaged on the road – the first leg of many haulage routes deeper into the continent.

The unrest has also widened into looting and an outpouring of general anger over the hardships that have persisted in South Africa 27 years after the end of apartheid.

Looting and rioting have left at least 72 people dead, and led to hundreds of arrests.

Meanwhile, business confidence is being battered, and many companies already struggling to emerge from the pandemic have closed their doors once again.

“What we now have is thuggery, violation of the rule of law, significant destruction of property, significant loss of income, and a setback to our country’s economic recovery,” says Cas Coovadia, chief executive of the country’s top business group, Business Unity South Africa.

It’s a further blow to President Cyril Ramaphosa, after the pandemic shattered his efforts to rebuild an economy crippled by a decade of misrule under Zuma.

South Africa was already in recession when the government in March 2020 imposed one of the strictest coronavirus lockdowns in the world, slowing its economic prospects.

As a result, the economy contracted by 7pc last year. The unemployment rate hit a record level of 32.6pc in the first quarter of 2021. Two thirds of young people are now unemployed and three in five live in poverty.

“There’s frustration, there’s helplessness because they just not getting any assistance from the authorities,” says Coovadia.

Plaguing the president constantly is the entrenched culture of corruption that Zuma epitomised, which Ramaphosa claims cost the South African state more than $35bn (£25.2bn).

Zuma was sentenced last month for defying a court order to give evidence on high-level looting during his nine years in office until 2018. He also faces trial in a separate case on charges including corruption, fraud, racketeering and money laundering.

“Under Jacob Zuma, the country was really hollowed out and a lot of core institutions were destroyed and undermined in many ways,” says Dr Joachim Wehner, an associate professor at the London School of Economics and Political Science.

“[Zuma’s government] really undid a lot of very good institution building that had taken place in the first decade and a half after the end of apartheid.”

Though triggered by Zuma’s jailing, the unrest reflects growing frustration at failures by the ruling African National Congress (ANC) to address inequality decades after the end of white minority rule in 1994 ushered in democracy.

The ANC, once led by Nelson Mandela, has held power since the first free and fair elections in 1994. Its dominance has created an ideal atmosphere for complacent, pork-barrel politics, which reached its peak under Zuma and has left the country’s economy – which held so much promise at the turn of the century – in shambles.

Government debt stands at around 83pc of GDP and South Africa’s long-standing issues with labour and inequality look more intractable than ever.

Its currency also plunged this week, ceding its position as the year’s top emerging-market performer.

Despite efforts under the current regime, there is little sign of a cultural shift, with the pandemic spurring a wave of government insiders winning contracts.

Also looming over Ramaphosa is a 70bn rand (£3.4bn) loan granted by the Internal Monetary Fund last year, to help the country cope with the pandemic.

At a time when the IMF is preaching a mantra of ‘spend, spend, spend’ in an efforts to cajole governments to stimulate their way out the Covid-19 economic blow, the terms South Africa’s loan tie it to a path of austerity – one that is likely to prove especially painful for a country where the state is already looking shaky.

With violent mobs roaming the streets in several parts of the country, shops and other businesses have been forced to shut. It’s a fresh blow for companies across South Africa, albeit one the pandemic has actually helped cushion: many have already established online operations or other ways to get around restrictions on in-person activity.

The closure of the N3 is more of a concern, especially the disruption spreads. The country’s Road Freight Association warned the closure would cost billions, and lead neighbouring counties to turn away from using South Africa as a transport hub.

The situation has rarely seemed worse for South Africa in the decades since apartheid ended.

“Certainly the job has been made much harder,” says Jason Tuvey, senior emerging markets economist at consultant Capital Economics. “[Ramaphosa is] trying to deal with issues around weak growth, high inequality, trying to keep his party together given the very deep splits within it.

“He has to do all of this while trying to appease investors and ensure that they have confidence in South Africa’s economy and the government’s ability to tackle the public finances. It’s no mean feat by any means.”

Still, there are reasons for hope, and chief among them is economic diversity. While many of its sub-Saharan neighbours rely strongly on single industries, South Africa contains multitudes. It leads the continent for financial services, which are augmented by strong tourism and manufacturing sectors.

If Ramaphosa can steer the country through present disruptions and pass sufficient reforms, it may be able to return on a path to growth.

“It’s going to be a very hard road and a very long road,” says Coovadia. “But we think we have the opportunity and the capacity to put ourselves on a path to sustained economic growth.”

But the big question is whether all South Africans will be able to share in such a recovery. If they don’t, further conflict looks inevitable.

“It’s always easier to let the rock roll down the hill than to push it back up,” says Wehner.