Morrisons must not be taken over for the ‘wrong reasons’, warns L&G 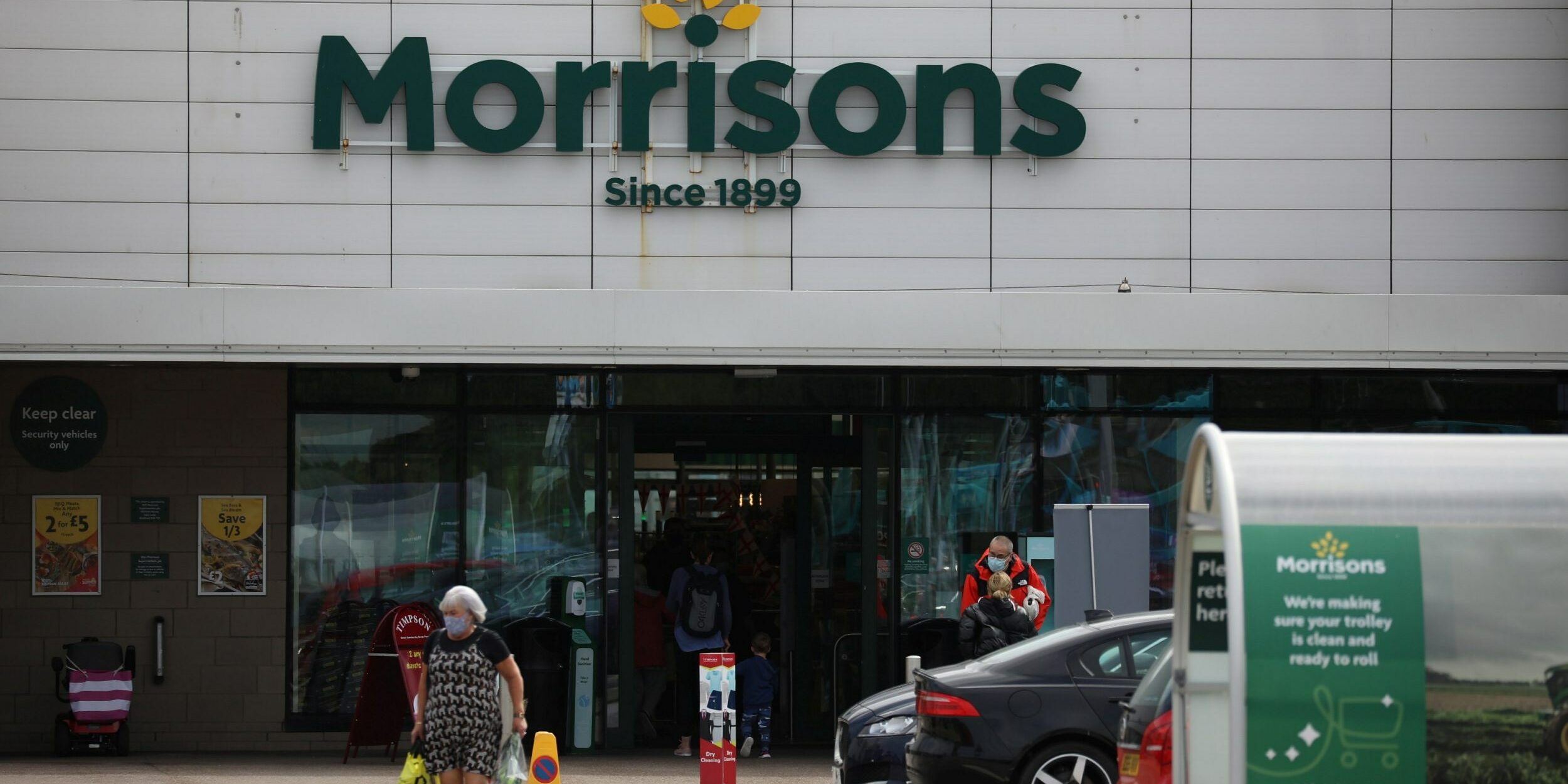 Morrisons is at risk of being loaded with debt and stripped of its property portfolio, one of the City’s of London’s biggest institutions has warned in an unusual public rebuke to the buyout consortium that has agreed to acquire the supermarket in a £9.5bn deal.

In an escalation of tensions between public and private equity investors, Morrisons’ ninth-biggest shareholder Legal & General Investment Management urged its board not to allow a takeover “for the wrong reasons” after directors backed the bid from a consortium led by Fortress Investment Group.

It came as rival private equity business Apollo Global Management confirmed reports in the Sunday Telegraph that it is also considering a bid.

Morrisons stock jumped 11pc to 267p, above the 254p offered by Fortress, in a sign that markets expect a bidding war.

Andrew Koch, a fund manager at Legal & General, said: “As responsible stewards of our clients’ capital, it is important that the company isn’t taken over for the wrong reasons.

“If an acquirer makes strong returns this should come from making the company a better business.

“It should not come from buying its property portfolio too cheaply, levering the company up with debt, and potentially reducing the tax paid to the Exchequer.”

Mr Koch spoke out amid growing speculation over buyers’ intentions for the chain, given that the main attraction for prospective suitors is its estate of almost 500 stores.

The retailer owns 87pc of the freeholds, which could be sold and leased back in an arrangement which would unlock cash for any new owner but also weaken its long-term financial position.

Morrisons has £7.4bn of property and assets on its balance sheet, including £3.1bn of debt – more than its market capitalisation of £6.4bn on Monday.

The billionaire Issa brothers, who bought competitor Asda for £6.8bn, are close to finalising a mooted £1.7bn deal to sell and lease back the grocer’s distribution network as part of the wider transaction.

Mr Koch said: “As the Morrisons situation evolves it is leading to more questions than answers.

“The company has thus far disclosed little information about the current value of its properties, both the retail stores and the distribution assets.

“Given this is an agreed bid, it is likely that Fortress and their partners have had more information than others on this. Investors need to have the detailed figures to be able to make a considered decision regarding the right future for the company and their shareholdings.”

Apollo is also considering an offer for the chain. It has not yet made an approach to the board of Morrisons and said there is no certainty that an offer will materialise.

Separately, investors are waiting for the next move from another US buyout company, Clayton, Dubilier & Rice (CD&R), which is working with former Tesco boss Sir Terry Leahy and made an initial £8.7bn offer that was revealed a fortnight ago.

Another top 20 Morrisons shareholder said they expect the bidding to go up.

Fortress has provided assurances that it will not embark on a “major” sale-and-leaseback exercise if it buys Morrisons.

Its offer is being made with the Canada Pension Plan Investment Board and the property arm of Koch Industries, America’s biggest private company.

Morrisons’ chairman Andrew Higginson has launched a charm offensive this week as it needs 75pc of investors to approve the Fortress deal.

He was in talks with Minette Batters, president of the National Farmers’ Union, over the weekend to soothe concerns that taking the supermarket private for the first time since 1967 would pile pressure on its members’ margins. Mr Higginson has also asked to meet Kwasi Kwarteng, the Business Secretary.

Ms Batters said on Monday that she was encouraged by early pledges from Fortress to preserve Morrisons’ relationships with suppliers.

“Sourcing from British farms has long been part of Morrisons heritage and it is reassuring that the potential buyer wishes to continue to uphold these core values going forwards,” she said.

Shares in Tesco and Sainsbury’s also rose on Monday.

How should employees be rewarded when they go the extra mile?
24 October 2021