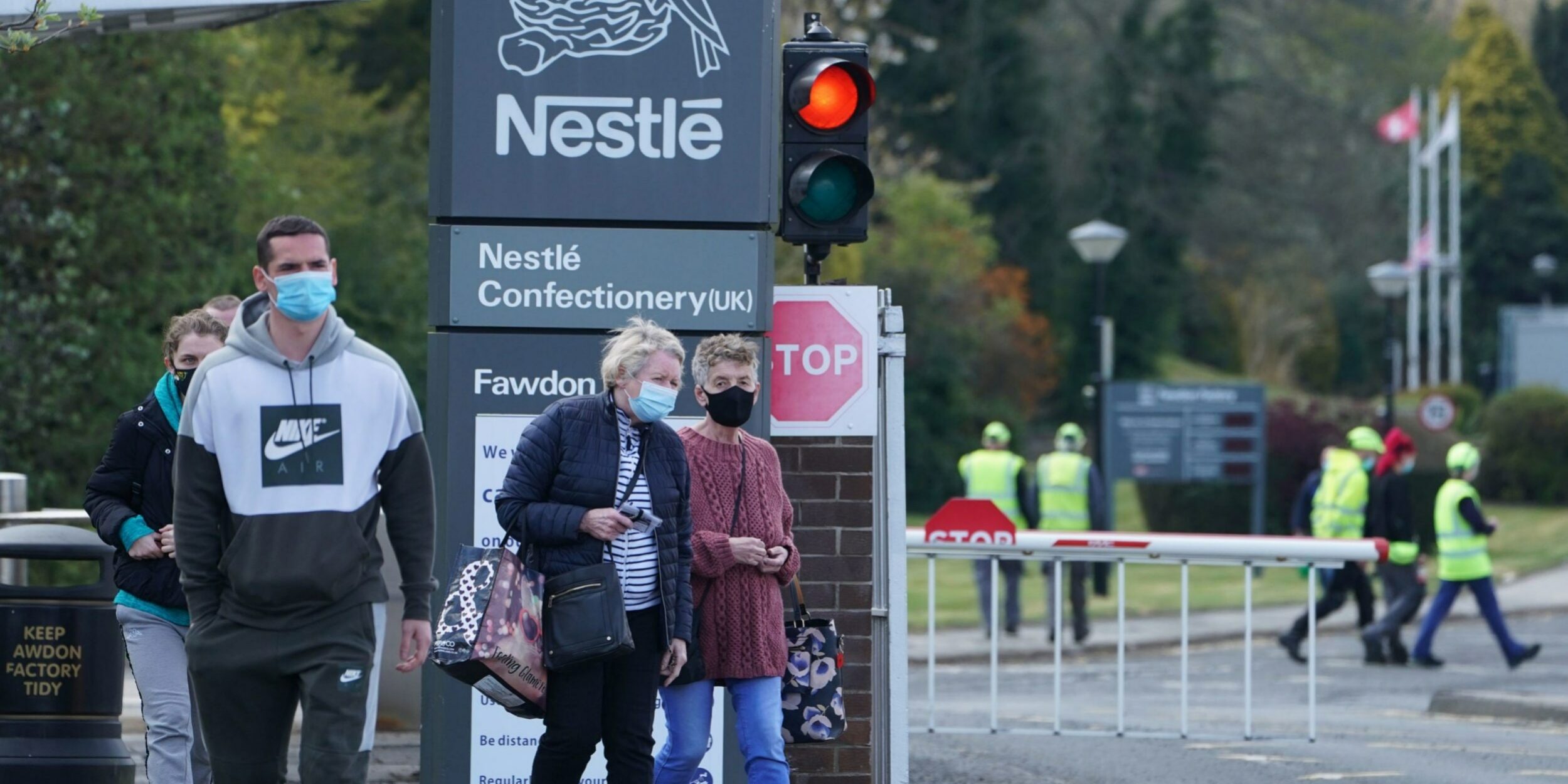 Nestle plans to close a confectionery factory and cut almost 600 jobs by moving production of some products to Europe.

The Swiss firm is proposing to close its site in Fawdon, Newcastle upon Tyne, towards the end of 2023, with the loss of about 475 jobs, and cut a further 98 jobs in York.

“We have chosen to announce these proposals as early as possible to provide the maximum time for consultation with our colleagues and trade unions,” Nestle said.

The factory at Fawdon, which first opened in 1958, makes products including Fruit Pastilles, while the York site manufactures KitKats.

Nestle, which employs 8,000 people in the UK, is proposing to move production of products from Fawdon to other factories in the UK and Europe.

The company said it would support affected workers during a consultation process.

The proposals include a £20m investment at the York factory to modernise and increase production of KitKat, where the brand was first created in 1935, and a £9m investment at Halifax to take on the largest portion of Fawdon’s production.

If these proposals go ahead, Nestle said it we expect to make a higher volume of products overall from a smaller number of plants.

“We believe these proposals would strengthen the UK’s position as a critically important hub for Nestle confectionery and home to the expert manufacture of many of our most popular brands including KitKat, Aero and Quality Street,” the company said.

Ross Murdoch, national officer for the GMB union, said: “To ruin hundreds of lives in a ruthless pursuit of profits, to the very workers who’ve kept the company going during a global pandemic, is sickening.

“Nestle is the largest food producer in the world, with astronomical profits. It can afford to treat workers right.