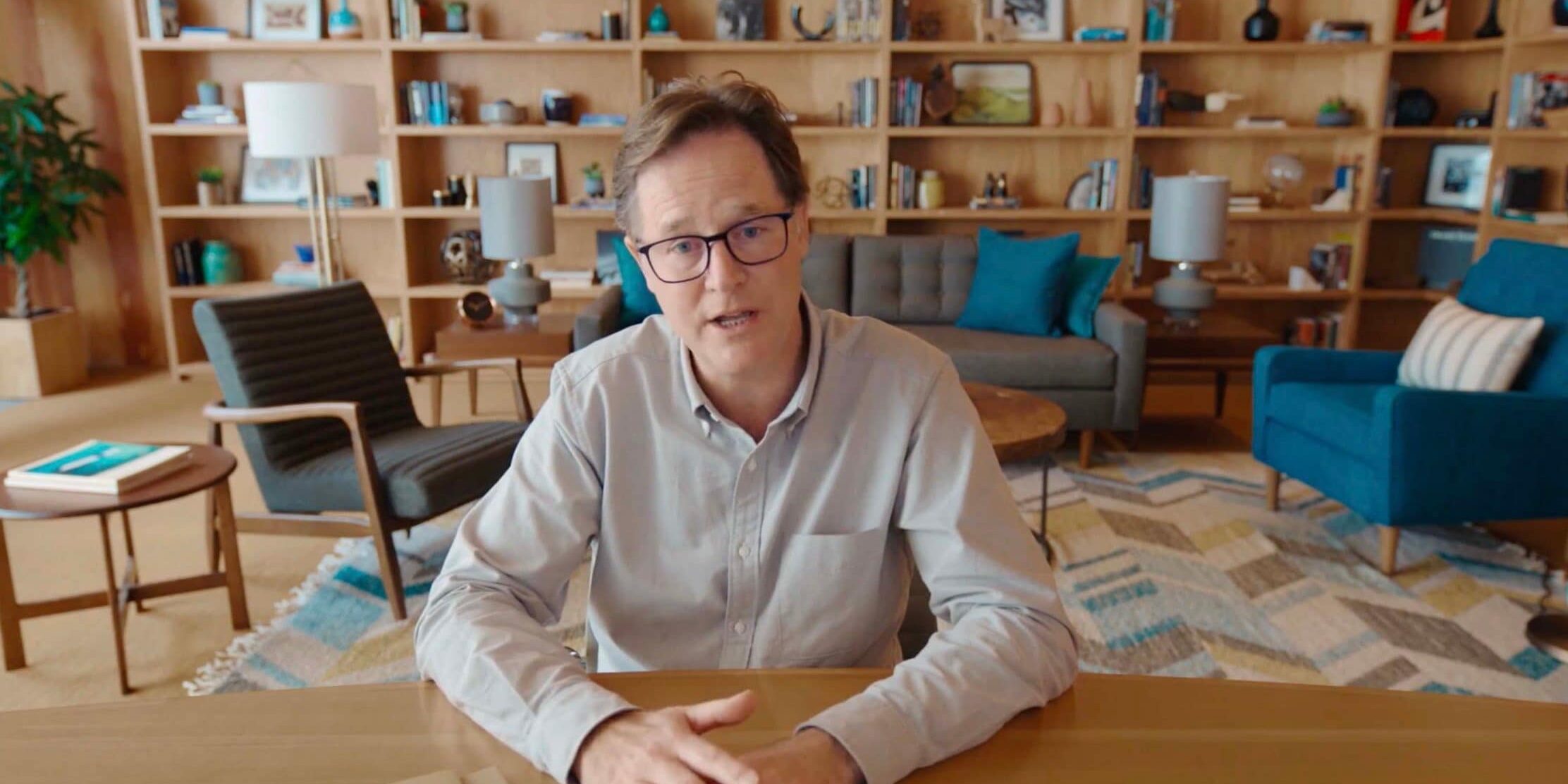 Sir Nick Clegg has admitted that Facebook’s new “metaverse” is years away from reality in a bizarre video exchange with Mark Zuckerberg.

In a video discussion with Mr Zuckerberg, the former deputy prime minister who is now Facebook’s head of global affairs and communications, said: “We have years until the metaverse we envision is fully realised; this is the start of the journey not the end.”

The Facebook founder announced on Thursday night that the company was rebranding its corporate identity as “Meta”, which he said reflected its move beyond the social network of the same name.

The scandal-hit social network is seeking to move beyond concerns about child safety and hate speech to focus on the metaverse, which the billionaire described as an “immersive” internet based on technology such as virtual reality.

Sir Nick said creating the technologies responsibly meant being “transparent about how things work, what data is collected and how that data is used over time. It also means giving people easy to use safety controls as well as age guidance and parental controls for when youngsters are using these products.”

Mr Zuckerberg admitted it will take five to 10 years to build the metaverse, in which people will attend office meetings, concerts and social events virtually, as a hologram or virtual avatar.

Sir Nick, who runs Facebook’s lobbying and government work, said it wanted to avoid being accused of developing the technology without considering its consequences.

“The way I look at it, in the past the speed at which new technologies emerged sometimes left policymakers and regulators playing catch up,” he said.

“On the one hand companies get accused of charging ahead too quickly and on the other, tech people feel that progress can’t wait for the slower pace of regulation.

“I really think that it doesn’t have to be the case this time round because we have years until the metaverse we envision is fully realised, this is the start of the journey not the end.”

Democrat Senator Richard Blumenthal, who has been highly critical of social media sites such as Facebook, described the rebranding as cosmetic:

Meta as in “we are a cancer to democracy metastasizing into a global surveillance and propaganda machine for boosting authoritarian regimes and destroying civil society… for profit!” https://t.co/jzOcCFaWkJ

Meta Materials, which is listed on New York’s Nasdaq, soared by almost a quarter in after-hours trading on Thursday before giving up most of these gains.

The firm specialises in “smart materials” and photonics, the science of light waves that powers everything from barcode scanners to smartphones and broadband cables.

It has already gained popularity as a so-called “meme” stock among retail investors using Reddit and social media to discuss trading.

It is just the latest case of mistaken identity as traders rush to pile into technology stocks.

In a nod to the apparent confusion with Facebook, George Palikaras, chief executive of Meta Materials, tweeted: