Petrol shortages: how panic buying is crippling Britain – and how long it could last 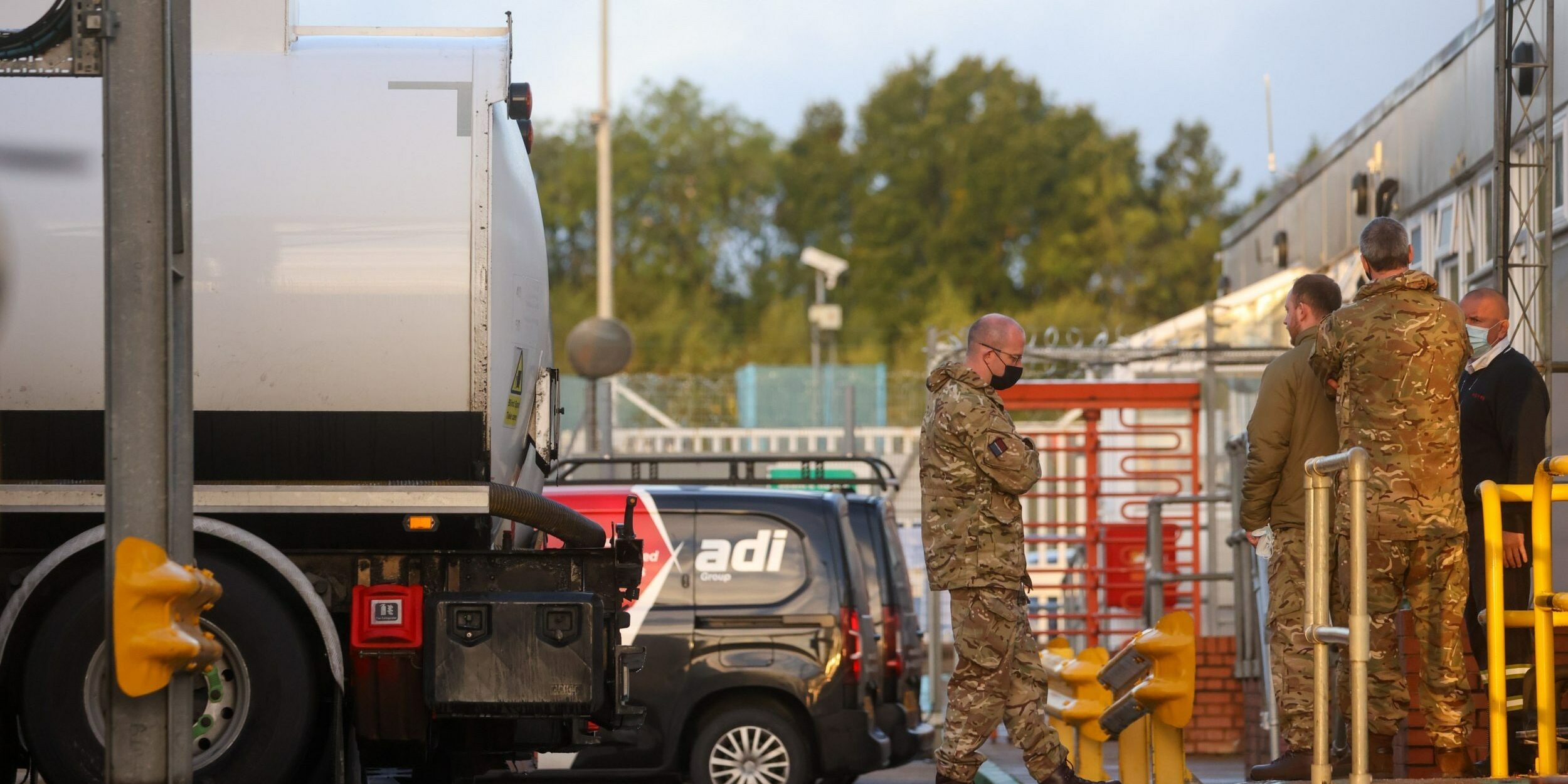 Why is there a petrol shortage?

A lack of HGV drivers forced BP and Tesco to reduce deliveries of fuel and close a small number of petrol stations last week because they could not fully supply all sites.

This sparked fears of shortages among motorists and has led to long queues outside many petrol stations.

In reality, there is no shortage of fuel, but there are difficulties transporting it due to a lack of HGV drivers – a problem compounded by panic buying.

Edmund King, president of the AA, blamed panic buying rather than supply issues for shortages over the weekend.

Why are some petrol stations closing?

While there may not be a fuel shortage among suppliers, the difficulties transporting fuel and the rush of panic buying has left many pumps dry.

The Petrol Retailers Association, which represents almost 5,500 independent outlets, says panic buying is causing “really serious problems”, with around two-thirds of its members reporting that they have sold out of fuel and the rest of them “partly dry and running out soon”.

Which forecourts still have fuel?

The best way to know if a petrol station near you is still open is to check online, with local news and social media providing updates on the busiest locations.

However, that is contributing to the problem, says the Petrol Retailers Association chairman, Brian Madderson.

“Disappointingly the messages I’m getting this morning from our retailers are that panic buying does continue,” he told the BBC.

“One of the reasons for this is social media. As soon as the tanker arrives at a filling station people on social media are advising that a tanker has arrived and it is like bees to a honeypot. Everyone flocks there and within a few hours it is out again.”

Another tactic is to choose a petrol station that has introduced rationing. While you’ll only be allowed to buy a limited amount of fuel, there’s a lower risk of empty pumps.

EG Group, which owns almost 400 petrol stations, is enforcing a £30 limit to ensure they can “carry on running smoothly”.

Meanwhile The Telegraph understands fuel tankers are being diverted from business fleets to forecourts in a move to mitigate the shortage.

Why are there soldiers at petrol stations?

The Army has now been called in to help deliver fuel to petrol stations as the country continues to struggle with supply shortages.

Soldiers in combat fatigues have been spotted arriving at a BP storage depot after the government called in the military to tackle a shortage of lorry drivers. Almost 200 Army personnel, half of whom are drivers, have been drafted in to help on a temporary basis.

“The situation has been improving now for I think over a week every day… it is getting better and as demand settles back to more normal levels the strong expectation is things will resolve themselves.”

The troops have been on standby since last week and have received specialised training in handling fuel deliveries.

When will the petrol shortage end?

Fuel providers have tried to reassure consumers that the crisis will be short-lived. Retailers including BP, Shell and Esso have issued a joint statement saying they expected demand to return to normal levels “in the coming days”.

“There is plenty of fuel at UK refineries and terminals, and as an industry we are working closely with the Government to help ensure fuel is available to be delivered to stations across the country,” they said.

“As many cars are now holding more fuel than usual, we expect that demand will return to its normal levels in the coming days, easing pressures on fuel station forecourts. We would encourage everyone to buy fuel as they usually would.”

BP had previously said it is hopeful fuel stocks at forecourts will stabilise and start to rebuild at some point next month.

Oil prices have risen to a three-year high as global output disruptions forced energy companies to pull large amounts of crude out of storage, while a shortage of natural gas in Europe has pushed costs up across the continent.

With demand for oil outstripping supply, this could result in higher wholesale prices for suppliers, which in turn is likely to be passed on to motorists.

RAC fuel spokesman Simon Williams said: “We might yet see higher forecourt prices in the coming days, irrespective of the current supply problems. We are also aware of a small number of retailers taking advantage of the current delivery situation by hiking prices, so we’d remind drivers to always compare the price they’re being asked to pay with the current UK averages.”

Why is there a shortage of HGV drivers?

Over the past few months, many companies have reported difficulties in hiring HGV drivers, which has led to empty shelves in supermarkets and forced restaurants to trim back their menus.

James Wroath of Wincanton says there are a number of reasons behind the shortage.

During the pandemic, thousands of drivers who hailed from Europe returned to the Continent to be closer to their families and have yet to return. Some also left after Brexit.

He also argues that working conditions for lorry drivers have made it hard to entice remaining drivers back into roles, which often require long hours and sleeping in laybys during journeys.

Meanwhile, a backlog of new drivers waiting to take their tests is holding back recruitment, with thousands reported to be stuck in the system. The Government recently sought to address the problem by streamlining the testing process so that candidates did not have to take multiple tests before being able to drive different lorry categories.

Charles Johnson-Ferguson, a logistics expert at PwC, says: “The shortage of HGV drivers is not new, and has been a challenge for many years, although a number of factors have made it particularly acute at the moment.

“HGV driver tests were postponed during Covid creating a backlog of around 40,000 tests and therefore a significant number of drivers have not entered the industry. The Government is taking steps to streamline the testing process, and add more testing capacity but not quickly enough to fill the immediate shortage.”

However, industry groups warn this is “no quick fix” – particularly with pass rates of 56pc and only 3,000 people a week able to take their tests under the new regime.

How many drivers are needed?

Recent estimates put the shortfall at about 100,000 drivers – a significant number when bearing in mind the total number of drivers before the pandemic was close to 600,000.

In addition, not all qualified drivers are on the road. The Road Haulage Association estimates that just under half of qualified lorry drivers were working last year.

Retaining drivers is also a problem for employers. In the week starting Sept 6, 10 drivers joined BP – but six left.

What is being done?

Downing Street has said the Government is looking at temporary measures to try to mitigate the crisis, although it added that these measures will be “very strictly time-limited”.

Up to 5,000 temporary visas will be granted under government plans to relax immigration rules for European lorry drivers.  However, this is unlikely to alleviate petrol pressures immediately.

Competition rules are also being relaxed so that fuel suppliers can talk to one another and share resources to prevent pumps from running dry.

A similar relaxation was introduced for supermarkets in response to panic buying in stores at the beginning of the Covid-19 pandemic, which enabled them to share staff and alternate the days they open.

The last, most drastic, intervention is the plan to draft in soldiers to help tackle the crisis.

Boris Johnson is facing mounting calls to prioritise fuel for key workers amid concerns healthcare professionals and essential workers could be unable to do their jobs. The London Mayor, Sadiq Khan, called for some petrol stations to be reserved for key workers and black cab drivers.