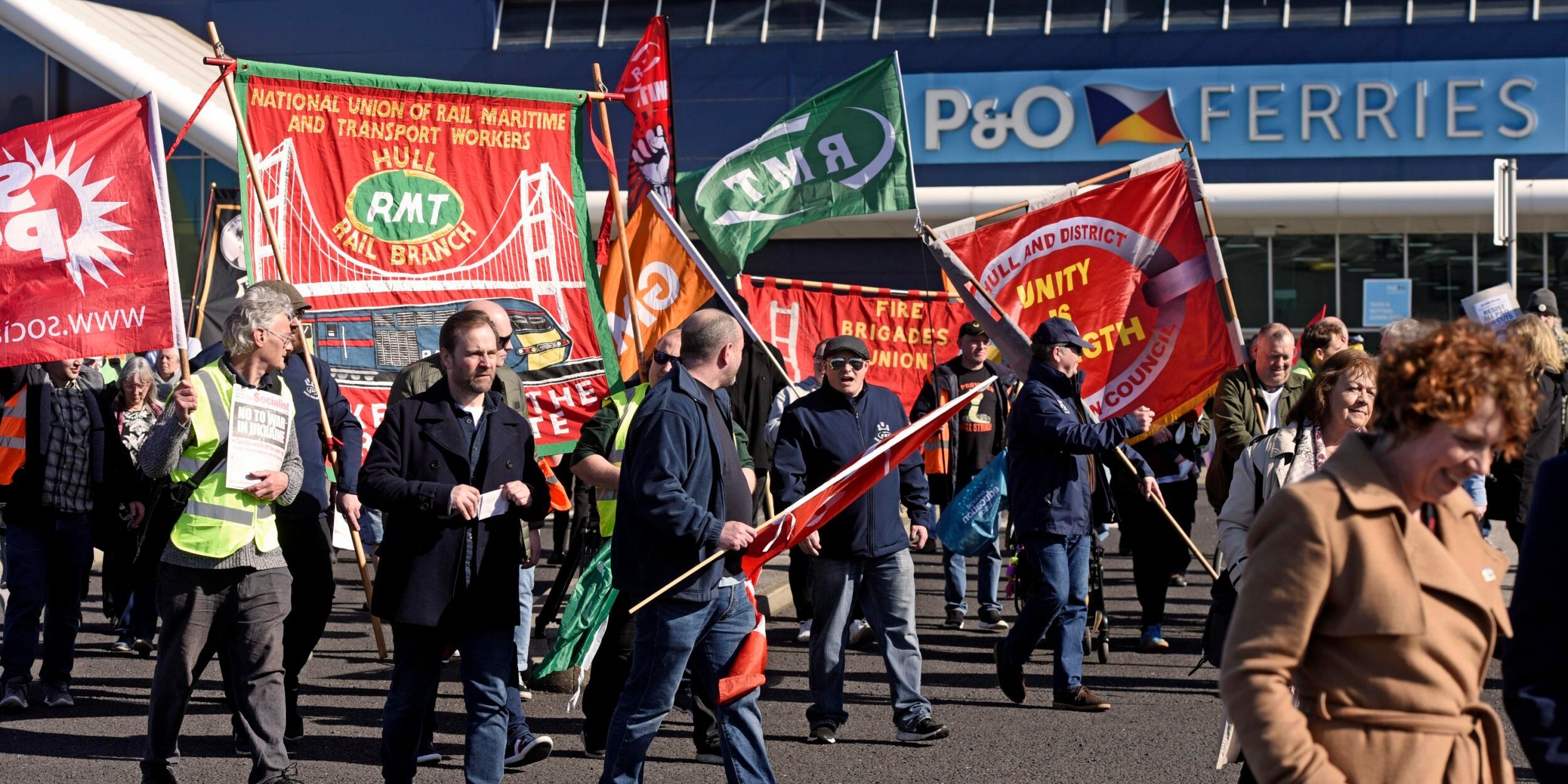 The boss of P&O Ferries has admitted that his company broke the law by sacking 800 seafarers on the spot last week – but said he would do it again if he had to.

Peter Hebblethwaite shocked MPs on an emergency Commons committee by admitting there was “absolutely no doubt” that under UK employment law the ferry operator was required to consult unions before pushing ahead with the mass sackings, in which workers were escorted off their vessels by security and replaced with agency staff.

However, he added: “We chose not to consult and we are, and will, compensate everybody in full for that.

“I would make this decision again, I’m afraid.”

Asked if Mr Hebblethwaite would himself be fired for deciding to get rid of the workers, his boss Jesper Kristensen, chief operations officer for maritime services at P&O’s parent company, backed him up and said: “I couldn’t imagine that we would do that, no.”

P&O, whose roots can be traced back 185 years, is facing criminal proceedings and a multi-million-pound fine after failing to follow the letter of the law in the way it made staff redundant.

Transport committee chairman Huw Merriman told The Telegraph that P&O and its Dubai owners had “stuck two fingers up at the UK and its employment laws”.

In a fiery hearing, MPs on the Commons transport and business committees also heard:

P&O is offering generous redundancy packages of up to £100,000, meaning it is unlikely to face any legal proceedings from its staff for failing to consult them in advance. Replacing staff with agency workers will cut the company’s wage bill in half, P&O has said.

Grant Shapps, the Transport Secretary, said: “We think that the P&O management have exploited a loophole here in order to sack British workers.”

He added on Twitter: “P&O Ferries has ripped up 800 workers’ rights and hung them out to dry. I’ve instructed a full review of our maritime employment laws and will be strengthening protections for seafarers’ minimum wages.”

Because its vessels were not British flagged, there was no need for Mr Hebblethwaite to inform the Government ahead of the sackings.

However, P&O was obliged to inform the jurisdictions where the ferries were registered such as Cyprus. It is understood that bosses informed Cypriot authorities on the day that the redundancies were announced, rather than the day before, potentially putting it in breach of the rules.

Andrew Burns QC, barrister at Devereux Chambers, told the Commons hearing: “My understanding from what I’ve been told this morning is that the notice was given to the appropriate authorities in the countries where the ships are flagged only on the day of the dismissals and not in advance.”

Under heated questioning, Mr Hebblethwaite defended P&O’s choice to break the law. Consulting with militant trade unions such as the RMT “would have been a sham”, he said.

In response to whether he would take a bonus or not, he added: “I can’t tell you how far that is from my thoughts… I don’t know the answer to that. I don’t know.”

Conservative MP Huw Merriman, chairman of the transport committee said: “P&O Ferries and its Dubai parent have effectively stuck two fingers up at the UK and its employment laws. I am astonished that Peter Hebblethwaite readily admitted that P&O had decided to break the law and said he would do it again.

“It seems that P&O have managed to audit UK employment law in an attempt to find a loophole. The job of Government and Parliament must now be to immediately close it.”

Conservative MP for Sir Roger Gale for North Thanet said: “Honesty appears to have broken out at P&O.”

“What we need is to go back to square one and say: ‘We will rehire everyone that has been sacked. And we will sit down and negotiate properly.’ That’s what we want. The [workforce] want their jobs back. Fining them zillions of pounds is not going to help those that have lost their jobs.”