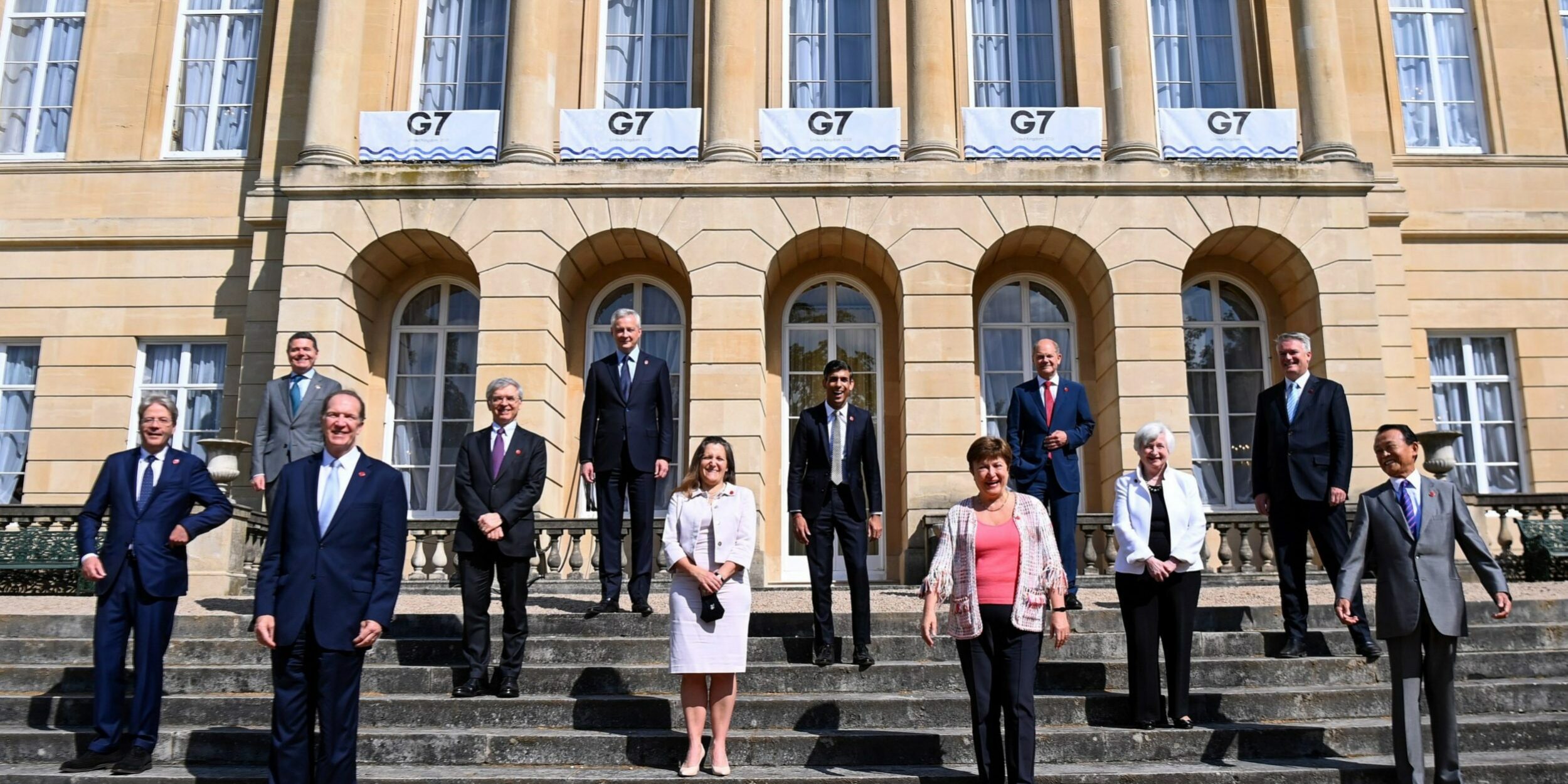 Rishi Sunak declared victory on Saturday in a clampdown on tax avoidance by global tech giants after thrashing out a deal with G7 finance ministers to ensure they pay more tax.

The move marks the biggest overhaul of international tax rules for decades, forcing the world’s largest companies to pay a global minimum tax on their profits of at least 15pc in a bid to stop firms from shifting their earnings to havens around the world.

The agreement followed days of talks in London and “demonstrates that we as a country can play a leadership role,” the Chancellor said.

“Various people have asked, what does the UK do after Brexit? Has our standing in the world diminished? Do people listen to us? I think this is one of hopefully numerous examples of the UK unquestionably playing a leadership role,” he said.

“That’s the UK doing it’s job, playing that leadership role on topics which help people’s lives. I hope people feel proud the UK has stepped up and done this.”

Although critics argued the G7 deal could have been more ambitious – US President Joe Biden had initially suggested a minimum tax rate of up to 21pc – Mr Sunak said the “historic agreement” was a “huge prize for British taxpayers – creating a fairer tax system for the 21st century”.

The chancellor is the host of this stage of the G7 summit at Lancaster House in London, where insiders say delegates were taken on a tour of government wine cellars underneath the building and took selfies to show their families where parts of Netflix series The Crown was filmed.

The tax deal, agreed between the UK, France, US, Germany, Canada, Italy and Japan, could boost economies as they recover from the Covid crisis, with Mr Sunak saying the fresh tax revenue will “help pay for public services here in the UK”.

However the move could hamper the “freeports” policy championed by the Chancellor. Mr Sunak has announced eight freeports which will benefit from tax breaks for businesses.

In a policy paper written before he entered government, Mr Sunak had cited reduced rates of corporation tax as one of a series of possible incentives for businesses choosing to operate within such areas. But critics said the G7 reforms “scuppered” his own flagship policy and likened the G7 to a “global tax cartel”.

US treasury secretary Janet Yellen also said there was an understanding that the reforms would replace digital services levies, such as that applied in the UK since last year. “The timing remains to be worked out exactly but there is broad agreement that these two things go hand in hand,” she said.

The shake-up will affect companies with profit margins of at least 10 per cent. The new formula is aimed at ensuring companies pay tax in countries where they operate, and not just where they have headquarters. It will mean that 20pc of any profit above the 10pc margin will be reallocated and then subjected to tax in the countries where they make sales.

The Treasury has been fighting to ensure that the Silicon Valley giants intertwined in daily life pay tax where they do business. Amazon paid less than £300m in UK tax in 2019 after logging revenues of almost £14bn. In 2020, its UK revenues surged to hit $26.4bn (£19bn), the fastest level of growth in all of its major markets.

The US retailers’ profit margins are less than 10 per cent, but a subsequent ‘carve in’ to be finalised would ensure that it too is caught by the reforms.

Amazon, Facebook and Google all welcomed the tax crackdown after it was announced on Saturday. Former deputy prime minister Nick Clegg, who is now vice president for global affairs at Facebook, said “we want the international tax reform process to succeed and recognise this could mean Facebook paying more tax, and in different places”.

The tax agreement will be discussed in further detail with the group of G20 nations in July, the hope being that other nations will follow suit. Paolo Gentiloni, EU economy commissioner, said “the chances of a global deal have significantly increased”.

“Now we must go the last mile to expand this consensus to all members of the G20 and all countries involved in the OECD [he Organisation for Economic Co-operation and Development]’s inclusive framework,” he said.

Rain Newton-Smith, chief economist at the Confederation of British Industry, said that finding an agreement on international tax at the G7 “is no mean feat and will light the touchpaper for the wider multilateral process”.

As well as getting other countries on board, some have argued that the minimum corporate tax rate of 15pc should be raised.

“Setting the rate at 15pc is far too low, especially compared to the fact that the UK’s rate is going up to 25pc in 2023. This deal won’t do enough for British businesses who are trying to compete with global giants who pay ultra-low levels of tax,” said Robert Palmer, director of advocacy group Tax Justice.

However Matt Kilcoyne, deputy director of the Adam Smith Institute, said: “Rishi has rushed out an announcement that the G7 has created a global tax cartel. The world’s most powerful governments have clubbed together to shirk the responsibility of going for growth and chosen instead to maximise the taxman’s take.”

“These proposals are not in the UK’s interest and Rishi has sold Britain short. Sunak’s flagship policies of Super Deductions and Free Ports are dead in the water. The Chancellor’s own policies, scuppered by his own hubris,” he added.

The G7 gathering has also focused on ways to tackle climate change, resulting in an agreement that global businesses should follow in the UK’s footsteps and report the climate impact of their investment decisions.