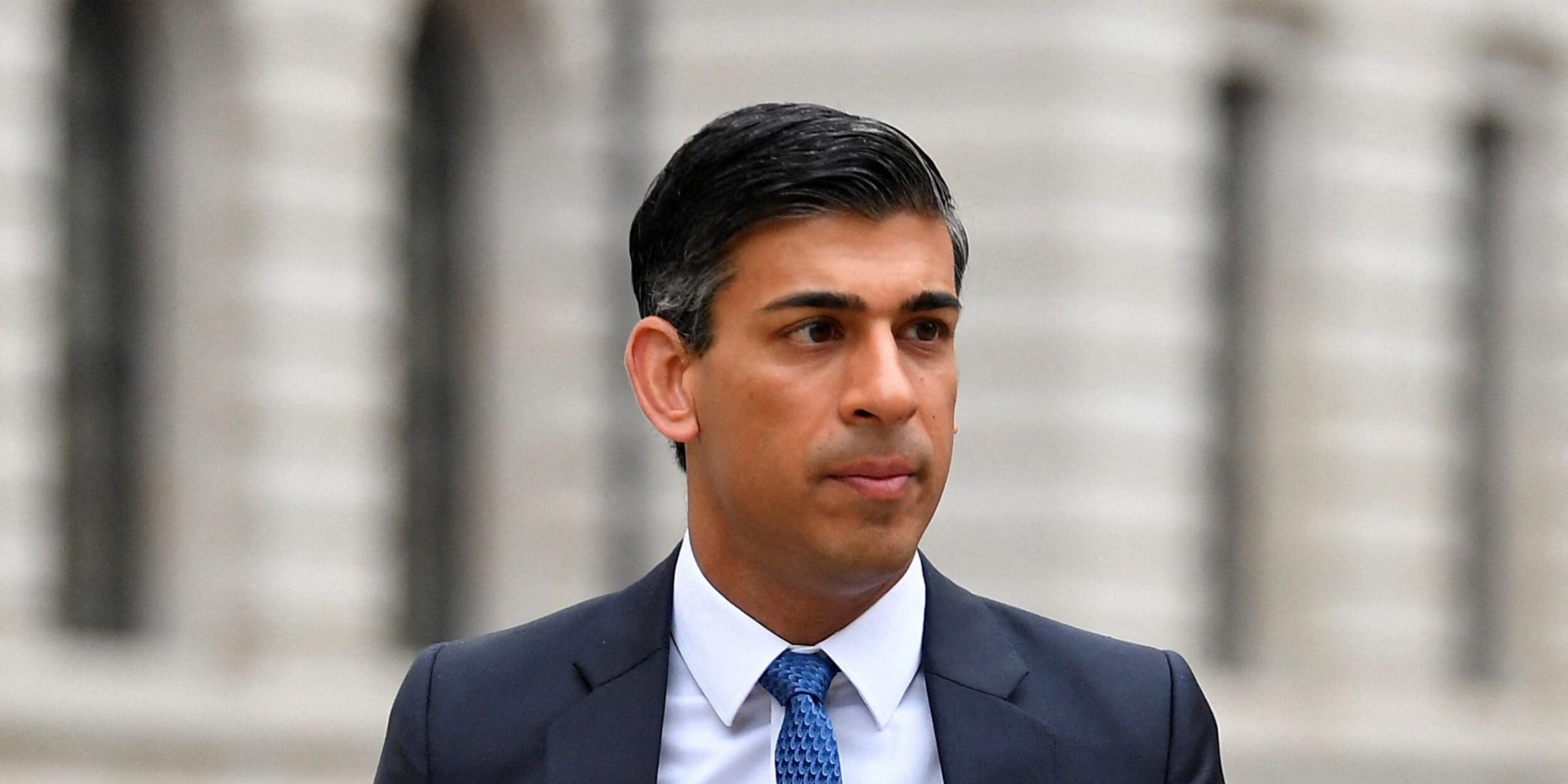 Paul Johnson, director of the IFS, said further support should be offered to the poorest households as energy bills surge.

But he told BBC Radio 4: “I do think we need to be careful… Putting tens of billions into the economy at a time of high inflation could stoke additional demand and make the inflation much more permanent in the economy.”

The Chancellor is expected to give households hundreds of pounds off their energy bills ahead of another jump in the price cap to £2,800 in October.

This will be partly funded through a windfall tax on the profits of oil and gas companies, set to come into effect in the autumn.

HSBC is said to be considering an initial public offering of its Indonesian business as it looks to tap into demand in the world’s fourth most populous country.

Plans for a stock market float in Jakarta are at an advanced stage and the local regulator is aware of its intentions, Bloomberg reports.

It comes amid HSBC’s efforts to refocus on Asia, shifting billions of dollars in capital and making fresh investments as it sells off unprofitable businesses in other regions.

The bank is also fending off a push by its largest shareholder – Chinese insurance giant Ping An – to spin off the Asian operations.

Russia’s central bank has slashed interest rates for the third time in just over a month as it looks to halt a rapid rally in the rouble.

The Bank of Russia lowered its benchmark rate to 11pc from 14pc at an extraordinary meeting that was only announced yesterday.

It also said it “holds open the prospect of a key rate reduction at its upcoming meeting”.

Russia is trying to get a grip on the rouble’s rapid ascent, which has been driven by tough capital controls and surging exports.

The central bank also wants to provide some momentum for the economy, which is on track for a sharp contraction due to inflation and tough western sanctions.

It’s been a subdued start to trading for the FTSE 100 this morning as traders gear up for Rishi Sunak’s cost-of-living announcement.

The blue-chip index ticked up 0.2pc, driven by gains for energy giants BP and Shell.

United Utilities was the biggest faller, shedding 4pc after its results fell short of expectations. BT was also down 4pc after the UK launched a national security review into French tycoon Patrick Drahi’s stake.

JD Sports initially dropped after it announced chairman Peter Cowgill was stepping down, but it’s since pared losses.

The domestically-focused FTSE 250 rose 0.3pc with Serco jumping more than 9pc after the outsourced raised its profit outlook.

The UK must pay for increased support to British households in a way that doesn’t deter investment, Steve Barclay has said.

Rishi Sunak is expected to unveil a £10bn support package for households struggling with surging energy bills, which will be in part funded by a windfall tax.

Mr Barclay said the Government had decided to act after an announcement by the energy regulator earlier this week that a cap on gas and electricity bills was set to rise by another 40pc in October.

He told the BBC: “What we do recognise… is the Government needs to have targeted support, particularly for those most affected by those higher bills.”

Johnson Matthey has offloaded some of its remaining battery assets as it continues to withdraw from the sector.

The units, which include sites in the UK, Germany and a partially constructed facility in Poland, will be sold for £50m in cash to EV Metals Group. Johnson Matthey will also take a minority share in the Australian business.

The sale marks the company’s final exit from the battery sector after it announced plans to pull out in November, citing tough competition.

Johnson Matthey is now focusing on hydrogen and new catalysts for growth, which it said better complement its existing platinum group metals business.

It came as the firm posted a pre-tax profit of £493m for the full year to March, beating analysts’ expectations. Shares fell 4.8pc.

JD Sports is taking a battering this morning as investors react to the exit of chairman Peter Cowgill.

Shares dropped 11pc after the sportswear retailer said Mr Cowgill was stepping down with immediate effect just a few months after a £5m fine from the competition regulator.

JD Sports was fined for sharing commercially sensitive information and breaching an order relating to its planned takeover of rival Footasylum.

This included a clandestine meeting between Mr Cowgill and his opposite number Barry Brown in a car park.

Outsourcing giant Serco has increased its forecasts for full-year profits as it said a pick-up in business worldwide was making up for the end of the Covid test and trace programme.

The FTSE 250 firm now expects underlying profit of around £225m on revenues of between £4.3bn and £4.4bn, which it said was “significantly” better than it previously thought.

It had warned over the impact from the end of test and trace – a loss of £220m worth of revenues in the first half and £260m in the second half.

But Serco said this revenue loss was being offset by stronger-than-expected trading so far this year amid increased work on immigration contracts and other programmes worldwide.

We have had a strong start to the year, and it is pleasing to be able to increase reported profit guidance to levels approaching last year’s.

To deliver this outcome, we are having to replace with other work some £500m of revenues and over £60m of contract profits from the ending of Test & Trace and of the AWE [Atomic Weapons Establishment] contract.

We are able to do this because customers rely on us to deliver their critical programmes, and this has driven strong order intake over recent years on contracts that are now delivering revenues and profits.

The FTSE 100 is treading water at the open as markets turn their attention to Rishi Sunak’s fresh support for households battling the cost-of-living crisis.

The blue-chip index slipped marginally into the red at 7,518 points.

The City watchdog is attempting to lure science and technology darlings to list in London with a major relaxation of its stock market rules, writes Simon Foy.

The Financial Conduct Authority (FCA) has proposed to scrap the current premium and standard listings regime and replace it with a “single segment” system that could encourage fast-growing companies to float on the London Stock Exchange.

In a discussion paper, the regulator said many bioscience and technology companies are currently locked out of London’s premium listing segment as they are unable to meet the financial eligibility criteria, such as providing a three-year track record of revenue growth and audited financial records.

It added: “This can mean these companies list on other markets with different ways of assessing companies’ financial positions on admission, often making it more difficult for UK investors to access these companies.”

Elon Musk is dropping plans to partially fund his takeover of Twitter with a margin loan tied to his Tesla stake and is instead ramping up the size of the cash component.

The world’s richest man will provide an additional $6.25bn (£5bn) in equity financing for the $44bn buyout, according to a regulatory filing.

That takes the total equity component to $33.5bn and is enough to eliminate the margin loan of the same size.

The new structure could reduce the risk of the deal for both Musk and his lenders, particularly given the recent slide in Tesla’s share price.

It comes after a chaotic annual general meeting last night that saw investors oust one of Musk’s key allies from the board while founder Jack Dorsey stepped away.

Read more: Twitter board in chaos as Musk ally ousted

Business Secretary Kwasi Kwarteng will review Mr Drahi’s investment in the telecoms giant after his firm Altice upped its stake to 18pc in December.

The tycoon’s interest in BT has fuelled speculation that he’s gearing up for a takeover bid. He has previously said he doesn’t intend to make an imminent offer, triggering a six-month freeze under takeover law. This expires in June.

It’s the second time in 24 hours Mr Kwarteng has triggered a review under new national security laws, which came into force in January.

Last night he referred a Chinese-led takeover of Newport Wafer Fab for an in-depth probe.

Paul Johnson at the IFS has warned the Government to be “very careful” about its new cost-of-living support, saying energy bill relief should be targeted at the poorest households.

Here’s more from him:

For the poorest households it’s certainly very much needed. It’s extraordinarily hard to cope with that kind of increase in your energy bills and general inflation, not least because benefits have only risen 3pc this year.

What the government and the Bank need to be terribly careful about is they don’t make that permanent by having policy which is too loose, which is one reason why I would certainly want to see most of the support targeted at the lowest income households.

And if you look at what the IMF have been saying, they have been saying: ‘Yes do target low income households, but make this overall fiscally neutral by taking money out of the economy elsewhere.’

The IFS has sounded the alarm over Rishi Sunak’s plans to help British households with their energy bills.

Paul Johnson, director of the IFS, said further support for the UK’s poorest households was “very much needed” as energy bills continue to rise.

But he said a blanket handout – which could cost around £10bn – meant money would go to people who “don’t desperately need it” and could drive inflation even higher.

The Chancellor is expected to unveil plans to give relief to household energy bills, which will be funded partly by a windfall tax on energy giants.

1)  Government to intervene in Chinese bid for chip giant: Kwasi Kwarteng has ordered a detailed security review into the Chinese-backed takeover of Britain’s biggest microchip plant in the clearest sign yet that the deal will be blocked.

2) Britain plots rival summit to Davos to woo international elite: The Government is in the early stages of putting together the summit expected to be launched in autumn 2023 after Davos was shunned by many top political and business leaders this year.

3) Volkswagen will hand British drivers £2,000 over ‘dieselgate’ scandal: The German carmaker will pay out £193m after settling a five-year long legal battle over the use of illegal software in its cars to manipulate pollution data on tests.

4) China must destroy Elon Musk’s satellites with ‘hard kill’ weapon, say academics: Researchers from the Beijing Institute of Tracking and Telecommunications Technology called Starlink a threat to China’s national security because of its “huge potential for military applications”.

5) Oligarch Alexander Lebedev cuts ties with Independent after sanctions hit: The billionaire was hit with an asset freeze and visa ban last Friday over his links to the Kremlin, while Vladimir Putin continues to wage war on Ukraine.

Asian share markets slipped after minutes from the Federal Reserve’s early May meeting showed a majority backing half-percentage-point rate hikes in June and July, and as persistent concerns over global growth sapped confidence.

MSCI’s broadest index of Asia-Pacific shares outside Japan were dragged down 0.5pc after trading higher early in the morning.