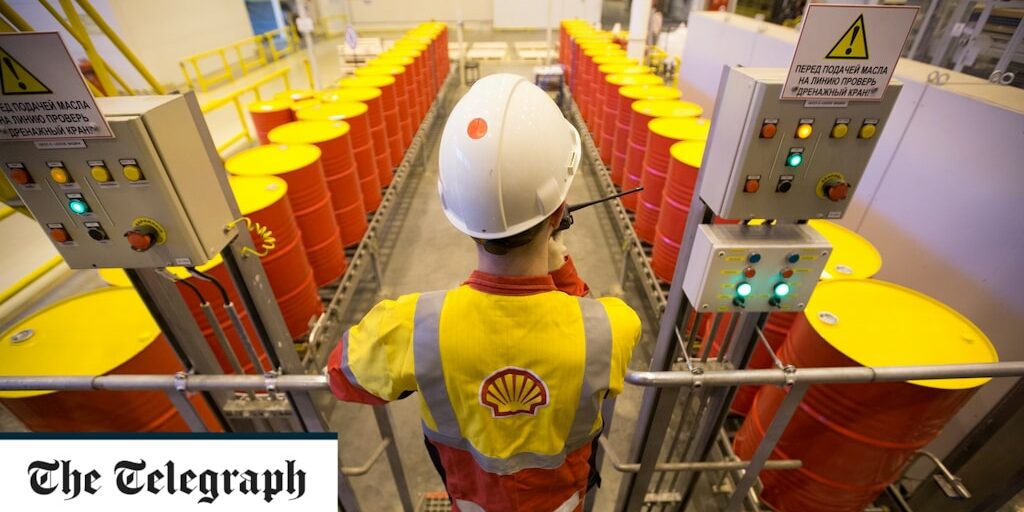 Royal Dutch Shell is preparing to hike payouts to shareholders as oil prices surge amid a global post-Covid recovery.

The FTSE 100 business will pay out 20pc to 30pc of cash flow from operations, starting from its second quarter results on July 29.

It has not specified whether this will be through increases in the dividend or share buybacks.

It is a boost for many thousands of retail shareholders who rely on oil stocks for a dividend after Shell, BP and other oil and gas majors cut their payments when the pandemic took hold last year and oil prices slumped – briefly turning negative in April 2020.

Shell cut to its dividend last year for first since the Second World War. The chief executive, Ben van Beurden, said at the time that failing to do so would have left him “without options to reposition the company for the recovery and the future”.

It has since increased payouts twice before Wednesday’s announcement.

Oil prices have been rebounding as demand for crude begins to recover, with many countries now emerging out of coronavirus lockdowns thanks to vaccinations.

Brent crude climbed above $77 on Tuesday amid a discord at Opec about how quickly to turn the taps back before losing ground to trade at about $74.50 on Wednesday.

If oil stays at about $75 a barrel, JPMorgan Chase expects Shell to repurchase about $500m of shares in the third quarter.

The increase in Shell’s returns sends an important message to the market, the bank’s analysts said in a note.

Earlier this year, Shell reported a better-than-expected 13pc rise in first quarter profits after the cost of crude jumped by nearly half from the end of last year.

In its latest update, Shell also said it expects to have further slashed its debt pile in its second quarter and will ditch its “milestone” $65bn (£47bn) debt target, instead moving to other goals including further strengthening of its balance sheet.

The company had already reduced its net debt to $71bn in the first quarter and said at the time that it would increase the amount of money it distributes to shareholders when the debt target was reached.

Shell added on Wednesday that 2021 capital spending would remain below $22bn.

The business said production is expected to fall across its integrated gas and upstream oil operations.

It said any currency boost to profits from upstream oil operations would be offset by higher spending on planned maintenance in the second quarter.

Shell’s trading division, which often accounts for a considerable slice of profits, are expected to perform “significantly below average” for integrated gas in the second quarter, and at average levels for oil.

The divisions have this year failed to replicate the successes of 2020, when profits from oil trading almost doubled to $2.6bn even as other parts of the company were hit by the effects of the Covid pandemic.

Shares fell in afternoon trading to £14.57 in London after initially rising earlier in the day.

How should employees be rewarded when they go the extra mile?
24 October 2021