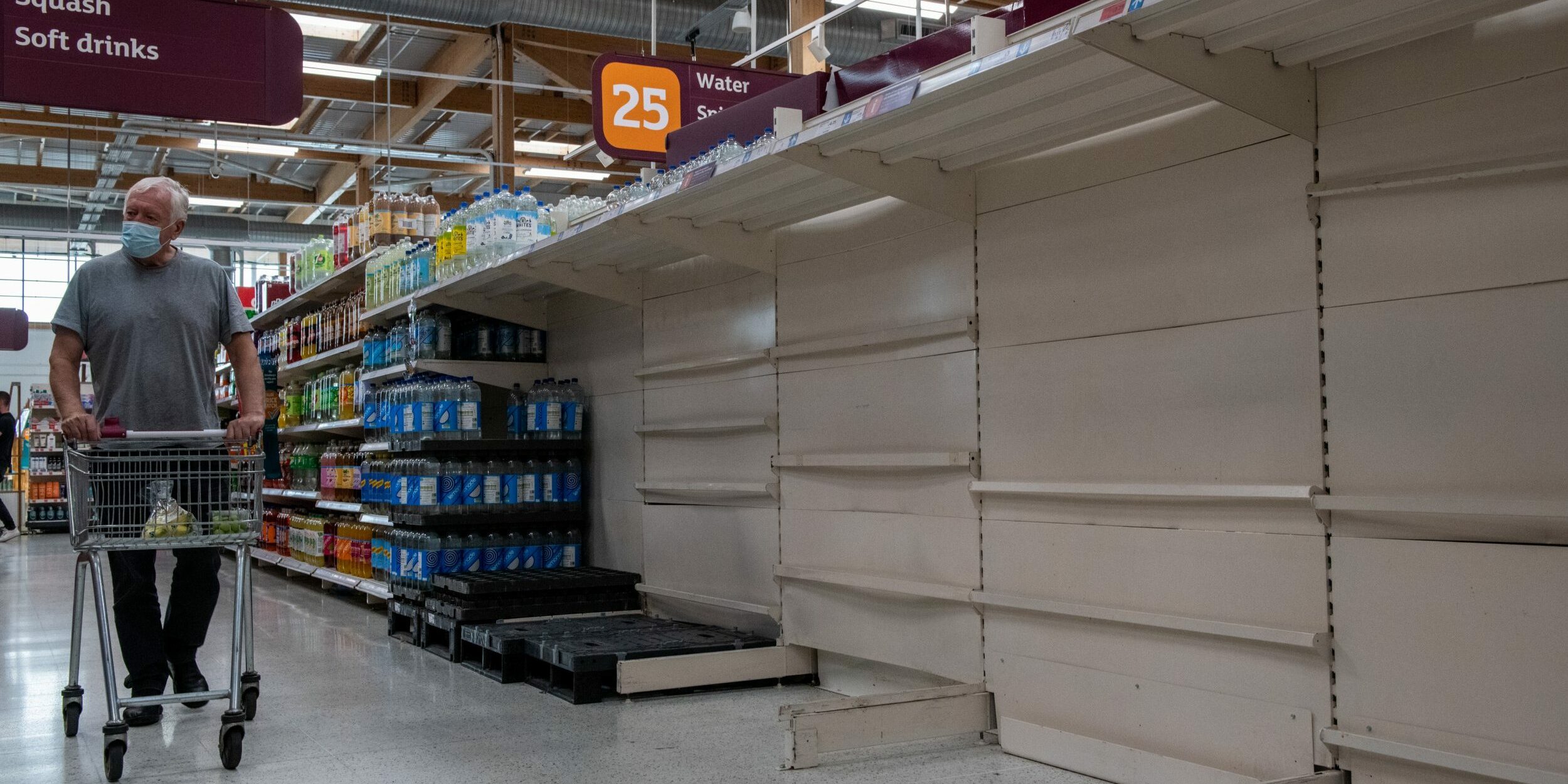 The Conservative Party’s row with business escalated sharply on Sunday after a Tory MP claimed the breakdown of supermarket supply chains is in the “long-term interest” of the British economy despite fears of food shortages.

As the economy is being crippled by driver shortages and supply bottlenecks that have left gaps on supermarket shelves, Chris Loder, Conservative MP for West Dorset, argued that it would be good for supply chains to break.

Business leaders called the idea “ridiculous”, “parochial” and “disrespectful” as pressure mounts on the Government over supply chain chaos.

His comments are likely to anger consumers who are facing shortages of goods and fuel, and being hit by a brewing cost of living crisis.

Mr Loder said: “It is in our mid and long-term interest that these logistics chains do break.

“It will mean the farmer down the street will be able to sell their milk in the village shop like they did decades ago. It is because these commercial predators – the supermarkets – have wiped that out and I’d like to see that come back.”

The comments were swiftly rebuffed by business leaders who warned that breaking down supply chains would hurt consumers and the economy. They said that going back in time to rely on local producers would not work for the UK in the 21st century.

“That has delivered an unparalleled increase in living standards and quality of life. It’s faintly ridiculous to claim the alternative.
“In reality, grocery supply chains are under immense pressure due to the impact of the pandemic and EU exit. The UK Government needs to urgently take action to increase the number of short-term visas for HGV drivers.”

He said: “That wouldn’t work. When you look at the big four or five retailers, which the majority shop at, that’s where the bulk of food is purchased.

“From my point of view, there are no more local abattoirs. There was a local supply chain, there isn’t any more.”

James Bielby, chief executive of the Federation of Wholesale Distributors, added: “Of all the justifications for the current crisis, this is the worst one yet. It’s so parochial. We’re not back to this mythical golden age, and it’s disrespectful to the people who don’t live in rural areas near farms.”

Ahead of his speech at the Tory conference, Boris Johnson indicated that the current shortages could last until Christmas. Asked yesterday about the Chancellor’s warning of problems impacting the festive period, the Prime Minister said: “Rishi [Sunak] is invariably right in everything he says.”

The Government will boost the number of visas issued to lorry drivers in an attempt to ease the supply problems besetting the country. But Mr Johnson added that it was largely up to businesses to resolve the current issues.