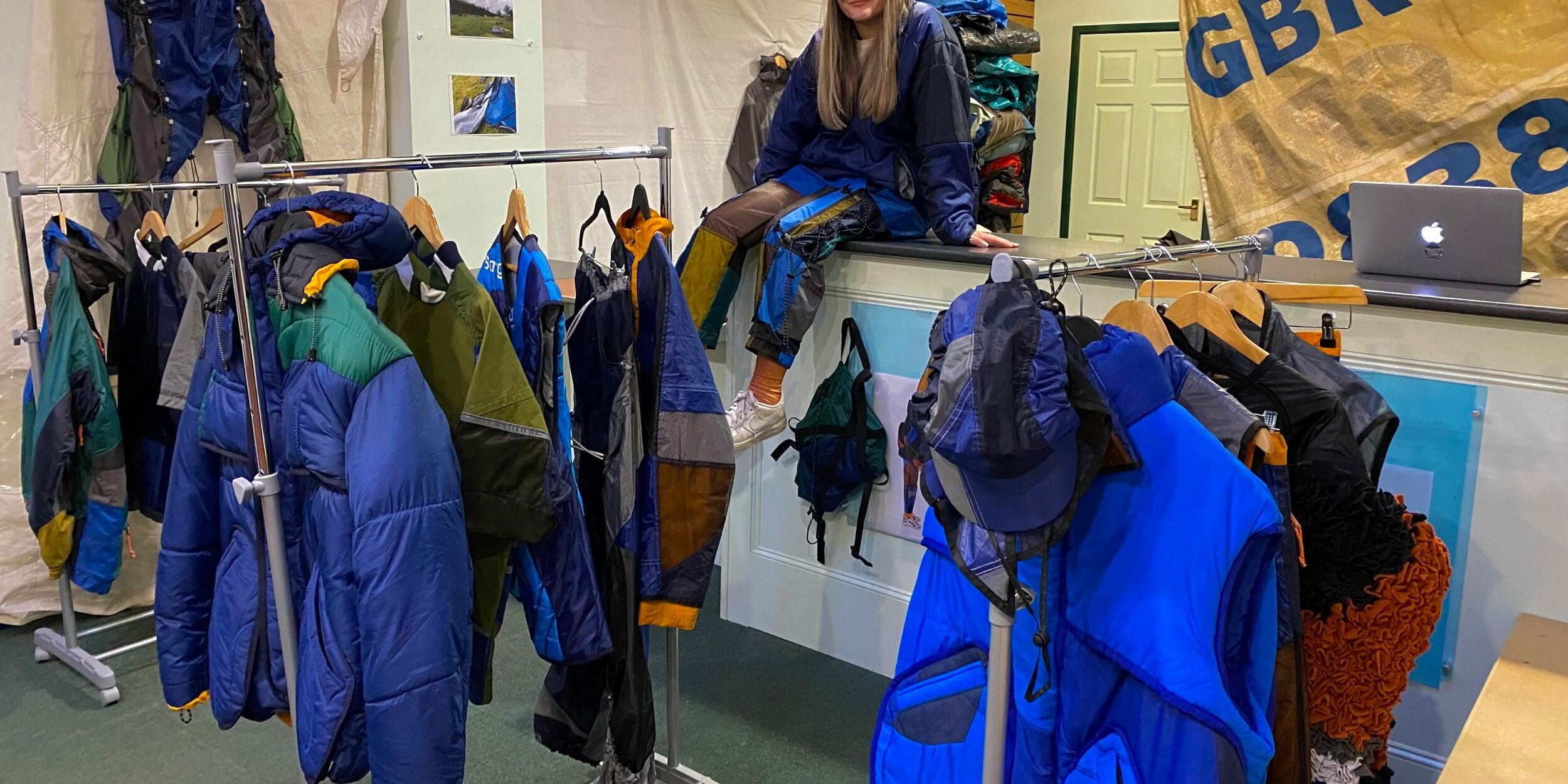 Photographer Tom Skipp was on the hunt for an empty shop in Bristol that could become a temporary studio.

“I’d seen vacated spaces all around [over the summer],” says Skipp, who also works as a graphic designer with Peter Saville, best known for his music album cover artwork including Joy Division’s Unknown Pleasures and New Order’s Blue Monday.

That’s when he encountered Hypha Studios – a fledgling enterprise that matches artists with landlords to temporarily fill empty spaces. The charity claims it can save landlords cash while they find other tenants, and can boost footfall to reinvigorate local high streets.

It comes as the number of ghost shops in the UK hit record highs in October after high profile chains tumbled such as Debenhams and Arcadia, Sir Philip Green’s former retail empire. Overall UK vacancy rates stood at 14.5pc, according to the latest industry data.

Skipp, who lives locally, has occupied a former Shoe Zone in Bristol’s Broadwalk Shopping Centre since August and has been taking portraits of anyone who wants to come in.

“It’s taking pressure off landlords, which is great, and you get a free studio,” he says. “Art spaces are a different thing to put on the high street, it’s better to fill [shops] with something than lying empty.”

Some 86pc of sites once home to brands including Topshop, Burton and Dorothy Perkins are still empty a year after Arcadia went into administration. Meanwhile, the collapse of rival Debenhams left 160 units vacant, with only 14 of the 48 stores that were meant to be re-let or repurposed currently operating.

The last stores in the ex-Debenhams estate only closed in May this year. Its biggest new occupier is Next with four of its beauty and home stores open in Reading, Gateshead, Milton Keynes and Watford, and two more in the pipeline. Others include M&S and Boots.

Camilla Cole, a contemporary art curator and the founder of London-based Hypha Studios, is hoping to close that gap.

“By occupying the space the landlords benefit and the artists, who can have the space for free, as long as the public engagement is good for the community,” says the 36-year-old.

Hypha says it can achieve between 80-100pc in business rates relief, a tax levied based on the value of the property, thanks to its charity status. The annual savings for the landlord in the shopping centre in Bristol, for example, is £47,000.

“Insurance costs go down, you don’t have to pay for security, and it doesn’t go into disrepair,” Cole adds.

The organisation has handled 35 leases during its first year, having placed fashion designers, a theatre collective, visual artists and poets in ghost units up and down the country.

Working from a former newsagents, Paul Hawkins is creating a visual poetry exhibition in Bristol. A space in Penrith is being used by upcycling fashion designer Molly Sellars, urban landscape painter Ceri Allen and 3D collage artist Christine Lowthian. Artist Dion Kitson has taken over a shop in Dudley to make and show new work.

Nicola Blake, a director for a group of private property companies that has 300 shops, has filled a former café – “now an art gallery, influenced by the artist who was in it” – as well as a butcher unit, a candle shop and a children’s shoe shop.

“Where we have the odd empty unit we try to innovate,” she says. “For us it’s been brilliant because the lights are not on and there is activity in the unit.”

Blake, who is on Hypha Studios’ advisory committee, adds: “The benefit of the rate relief is obvious, but it’s not the main reason we did it. There are other ways to achieve that – you can put a box in an empty unit [and get relief].

“It’s wonderful we can support them and offer them studios and a place to display their work and develop a project within the community.”

Another landlord says the tie-up was a “win-win” during the height of the pandemic, and the move “brought a new audience to the area”.

But the model is not without its challenges. Hypha relies on public grants, voluntary support and private donations to fund its operations. And while artists get free space, they largely are responsible for their own earnings.

Skipp, a documentary photographer who captured communities in Calais and Chernobyl, was initially meant to occupy the space for 45 days but has the option to stay for up to a year. Other prospective tenants are still lacking. For him, this could prove tricky.

“If I was funded, the potential for [this] project would be tremendous,” he says. “I’m emotionally invested in it. The area is on the brink of social change. I’d [now] do it for a shorter, more intense period of time.”

One industry rival says that having the ability to make money to support the day-to-day running of the business is crucial in the art world, which is littered with now defunct startups.

Cole is not concerned. If anything, being a charity means “councils and landlords trust us more” and it allows Hypha to find the right local artists, who need the most support or exposure, rather than “put anyone in” for profit.

The vision is to become the ‘Airbnb for artists’ to find landlords and vice-versa. “We’re a long way off yet, but we’re accelerating pretty quickly,” she adds.

Contributions like Hypha’s will help to revive some town centres, but questions remain about the long-term potential for such initiatives once landlords are done hunting for new tenants.