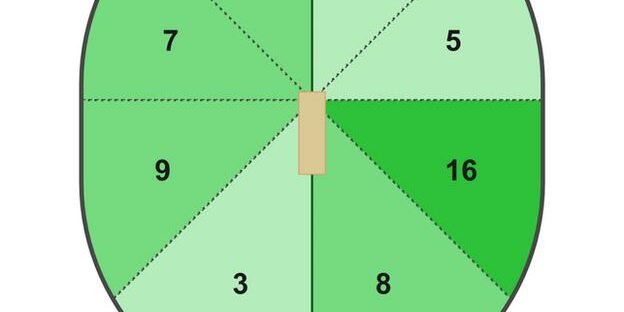 The Hundred in 100 words

Oval Invincibles pulled off a thrilling victory over Manchester Originals as the women’s Hundred began with a bang at The Oval.

Chasing 136, the Invincibles were 36-4 before South Africa pair Dane van Niekerk and Marizanne Kapp combined for a partnership of 73.

Kapp was brilliantly stumped by Ellie Threkeld for 38 but captain Van Niekerk hit 56 not out to guide her team home.

She hit Kate Cross for four to seal the win with two balls remaining, resulting in wild celebrations from the youthful London crowd – believed to be a record for a domestic women’s professional match.

Opening-night thriller tournament has dreamed of

Could the much-debated Hundred have had a better opening night? Almost certainly not.

There were around 7,400 people in attendance, many of those young children and families, and when the home side secured victory there were people dancing in the aisles.

The night began with dramatic fireworks, had DJs and music acts, but by the end everyone at The Oval was engrossed on the cricket – all of it live on BBC Two.

Van Niekerk, who was crucially dropped twice, played brilliantly and showed all of her experience built in a 186-game international career.

The Invincibles needed 16 from the last 10 balls and Mady Villiers hit her England team-mate Sophie Ecclestone for six over long on.

She hit Kate Cross for four at the start of the final set of five balls before Van Niekerk secured the win with an edge wide of the wicketkeeper.

Even in defeat, Manchester’s Alex Hartley was smiling, given the occasion.

“I have never been prouder of a women’s cricket game,” she said, summing the night up perfectly.

“What a night,” added Originals captain Cross. “I don’t think we can be too disheartened coming off the pitch with an atmosphere like that. Obviously we’re disappointed not getting over the line but what a night!”

The same teams open the men’s competition on Thursday, also at The Oval.

In truth, it should have been Manchester who notched the first win in cricket’s newest format.

It was dropped catches that cost the Originals, however.

Harmanpreet Kaur, who earlier made a classy 29, missed a straightforward chance to dismiss Van Niekerk for 28 at mid-off and Kapp was put down on 22 by her South Africa team-mate Mignon du Preez on the boundary – the ball also going for six, adding to Manchester’s pain.

With 25 needed from 15 balls there was still time for Hartley to put down Van Niekerk, now on 44, once more. She spilled a mis-hit sweep when fielding near the leg-side boundary.