Time for pharma giants to be the heroes, not the villains 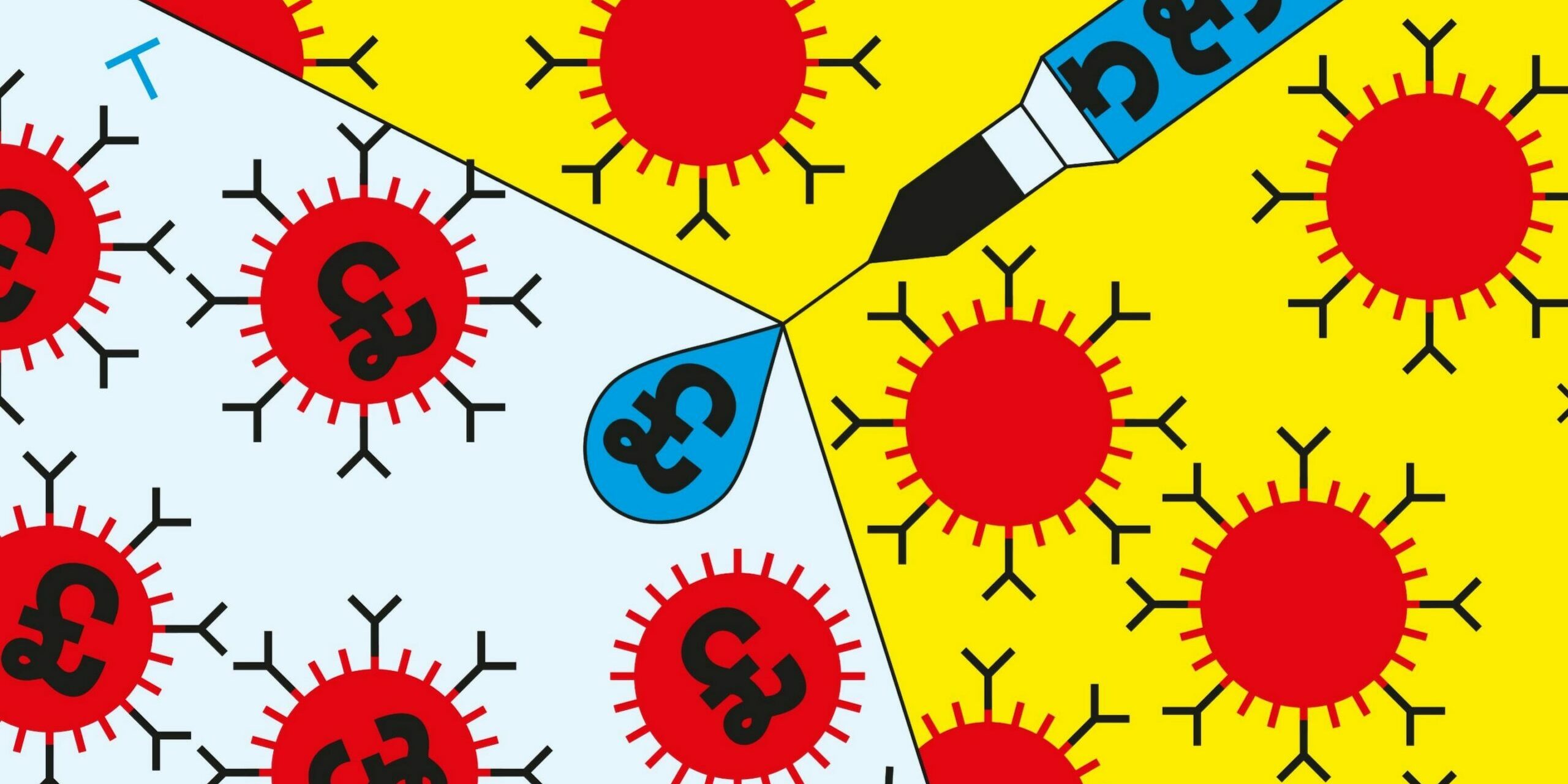 There are few more contentious and confounding moral issues in the modern world than drug patents. It’s hard to think of another area where commercial logic so frequently butts heads with societal need and capitalism can pose such ethical angst.

If you have the ability to cure a disease, how can you possibly withhold it from those in need? Then again, if the drugmakers can’t protect their investments, where’s the incentive to develop that know-how in the first place? Despite the strong views these dilemmas evoke, the issue is rarely clearcut; your perspective can flip 180 degrees depending on the context and the timeframe over which you try to balance the pros and cons.

What best serves humanity now might well be detrimental in the longer run. And then a pandemic sweeps across the world, killing millions of people and bringing the global economy to a juddering halt. Does that tip the balance back the other way?

On Wednesday night, the US said that it will support a temporary waiver of Covid vaccine patents, allowing any pharmaceutical manufacturer in the world to make “copycat” drugs. In theory this will mean poorer countries are able to ramp up production of Covid jabs in an attempt to defeat the pandemic.

This is obviously an enormous moment. The US has long been one of the most stalwart defenders of intellectual property rights on the world stage. The announcement will heap pressure on the UK, the EU and others to follow suit and has already prompted fury from drugmakers, many of whom have seen their share prices take a dive on the news.

However, it is important to realise that the announcement is, at this stage, largely symbolic.

The initial measure was proposed at the World Trade Organization by India and South Africa back in October. The US has now said it will back those talks but they could well drag on for many more months. Germany’s Angela Merkel has already poured cold water on the idea. Even if passed by the WTO, the whole thing could easily get bogged down in a morass of litigation.

What’s more, WTO rules already allow countries to waive patents in a public health emergency and issue “compulsory licenses” for the necessary drugs. Countries can define for themselves what constitutes an emergency. It is hard to see what a patent waiver would achieve that the rules don’t already allow.

There’s also a strong argument that the main impediment to a global roll-out of jabs is not intellectual property but manufacturing know-how. Just because you have the recipe for something doesn’t mean you can make it.

Indeed, even Astrazeneca, which until very recently had quite limited experience in viral vector vaccine development, has had its fair share of production issues (much to the EU’s ire). The Pfizer and Moderna jabs are both based on mRNA, a new form of vaccine that is incredibly difficult to both make and distribute.

Added to all this is the pharmaceutical industry’s most forceful argument: that any patent waiver would set a dangerous precedent and would deter companies from making future investments in drug discovery in the knowledge that their intellectual property could be confiscated at the whim of global governments.

Why, then, has the US made this move? Because symbolism is important. As Joe Biden’s top trade adviser Katherine Tai said: “The extraordinary circumstances of the Covid-19 pandemic call for extraordinary measures.”

For starters, the decision is a clear repudiation of the Trump era. Protectionism is out and multilateralism is back; the walled MAGA fortress is being pulled down and replaced with Ronald Reagan’s “shining city upon a hill”.

That said, the US might be playing quite a canny game given that any waiver would probably have a limited impact, take months to pull off and may never happen.

The mere suggestion that the idea has US backing will put huge pressure on the drug companies to head the threat of a patent waiver off at the pass (or at least get it rebranded as a “temporary moratorium”) by being as accommodating as possible. This could include being more flexible in agreeing to licensing requests from poorer countries and helping to set up local production and distribution capabilities.

The US motivation for this ploy is likely to be as self-serving as it is altruistic. Today’s hyper-connected supply chains mean that the global economy is not going to fully recover until Covid has been suppressed across most of the world. In recent days there have, for example, been signs that the huge wave of infections in India is hurting the shipping industry, as the country is one of the main sources of sea crew.

There are longer term diplomatic considerations at stake too. While the developed world has mostly been hoarding vaccines, China and Russia have been attempting to fill the vacuum in South America, Africa, and large swathes of Asia by either sending supplies of their vaccines or licensing countries to make them. The US is doubtless keen to curtail this soft power play or at least respond in kind.

This initiative will also show that the WTO, which has taken quite a beating in recent years, is indeed a forum that can broker compromise. In fact, if the drug companies could ignore their immediate concerns they might realise that surrendering a little ground now might help revive the main supranational body for policing global patents in the future.

Those pharmaceutical companies still in need of persuasion should look to their own history. In 2001, the year after 2.4 million people in sub-Saharan Africa had died from the effects of AIDS, 42 drug companies sued South Africa for ignoring patents on anti-HIV medicines. Arguably, the pharmaceutical industry is still dealing with the public relations fallout from that decision to this day.

This feels like a similar moment. Yes, intellectual property rights are important. But guys, seriously, read the room; some things are more important right now. Drug companies would be well advised to take a leaf out of the Biden administration’s playbook and think a bit more strategically.