Train strikes dates: What dates in June and July are they and will I be affected? 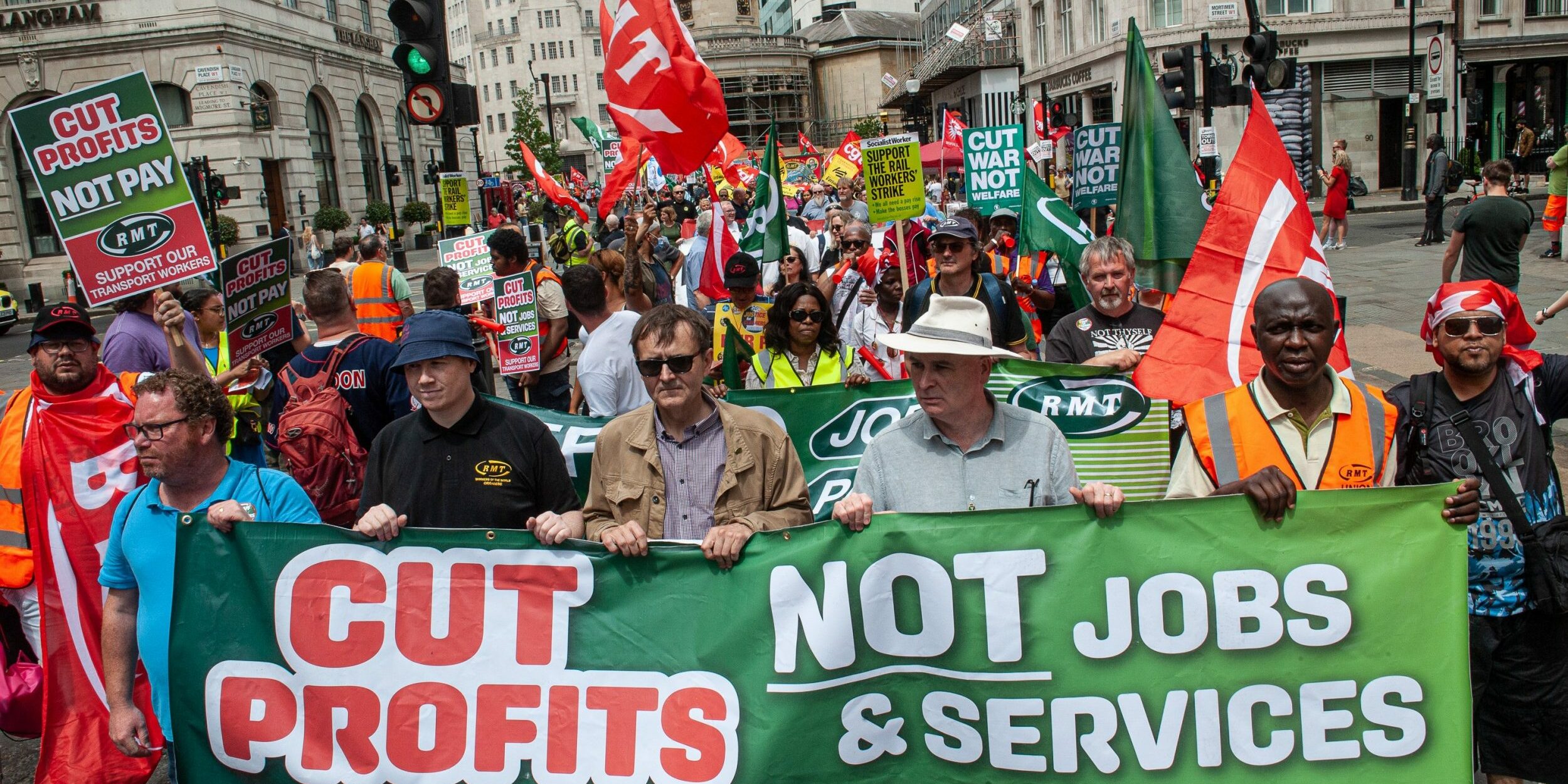 The biggest rail strike in a generation is set to continue on Saturday as passengers brace for more travel chaos.

Huge swathes of Britain will be without any rail services on Saturday, as 40,000 RMT members walk out for the third time in a week in a dispute over pay and jobs.

Commuters are being told not to travel by train as the entire network is crippled by the largest strike in more than 30 years.

Tens of thousands of rail workers are walking out in what has been described as the “biggest outbreak of industrial action in the UK since 1989”. The Rail, Maritime and Transport union announced it had organised a separate strike on the railways.

Union bosses claimed that they would “shut down the system”, with the major disruption expected to impact events including Glastonbury Festival and the British Athletics Championships.

When is the next train strike happening?

As many as 40,000 workers on railway services will strike again on Saturday, June 25, according to the RMT union. Walk-outs took place on on Tuesday, 21 June and Thursday, 23 June with as many as 50,000 railway workers on strike and services across Network Rail and the London Underground affected.

Union bosses said the action was due to affect rail services “for the entire week where the three days of action have been called”. This is because trains may not be at the right stations after the walk-outs take place.

Rail union TSSA union is balloting Network Rail staff later this month for strike action that could start on Monday, July 25 – around the time of the Commonwealth Games in Birmingham.

TSSA General Secretary Manuel Cortes said: “We could be seeing a summer of discontent across our railways if Network Rail don’t see sense and come to the table to face the concerns of their staff.

“Fat cat bosses have so far refused these completely reasonable requests, leaving us with no option other than to ballot for industrial action, something which is always a last resort.”

Which rail operators will be affected?

Only a fifth of mainline rail services are expected to be running on Saturday. Rail operators previously published revised timetables for the strike week. The rail services disrupted are:

TSSA’s action with Network Rail continues to have a broader impact on services. It has members in engineering, maintenance, supervisory, control and management roles.

What are workers striking over?

Rail workers have voted to strike after a row with Network Rail over pay freezes and proposed job cuts. RMT claims that as many as 2,500 jobs are at risk and that workers have been subject to years of pay freezes.

TSSA is demanding no compulsory redundancies for 2022, no changes to terms and conditions unless they are agreed with staff, and pay increases that keep up with inflation.

RMT General Secretary Mike Lynch said of the action: “We have a cost-of-living crisis, and it is unacceptable for railway workers to either lose their jobs or face another year of a pay freeze.”

National Rail has responded by saying the union “must recognise we are a public body and any pay increase has to be affordable for taxpayers”.

Chief executive Andrew Haines said: “We cannot expect to take more than our fair share of public funds, and so we must modernise our industry to put it on a sound financial footing for the future. Failure to modernise will only lead to industry decline and more job losses in the long run.”

Is there a Tube strike today?

The 24-hour strike on the London Underground, which began on Tuesday, 21 June, ended on Wednesday, 8am.

But Saturday’s strike will affect Elizabeth line and London Overground services, and trains will be affected until mid-morning on Sunday, TfL said.

Tuesday’s Tube strike was part of a row over how Transport for London is cutting its running costs – something TfL says the Government has ordered it to do to achieve financial sustainability on its operations by April 2023.

TfL says its latest proposals to make savings mean “no changes to pensions and nobody has or will lose their job as a result of the proposals we have set out”. Instead TfL has suggested that it does not fill between 500 and 600 posts as they become vacant.

Can I get a refund or travel on another service if my train is cancelled?

National Rail says passengers who bought tickets in advance but who will no longer be travelling because a service has been cancelled, delayed or rescheduled “may be entitled to a fee-free refund or change from the original retailer of your ticket”.

However, it is not that simple. According to consumer group Which?, the process differs based on which train company someone is travelling with, and customers can “only claim compensation during a rail strike for a delay based on the replacement or emergency timetable for train or replacement bus services”.

It says passengers may only be eligible for a refund if they try an alternative service offered by the operator and that service is delayed. How long they have to be delayed to get this refund is different based on which rail company people are travelling on.

National Rail has said passengers may be able to travel on other providers and other ticket restrictions may be lifted for those travelling on affected services. This includes potentially travelling the day before or up to two days after strike action ends.

National Rail says it will not pay hotel or taxi bills if customers have already booked those before the strike action was announced and are no longer able to get to their destination.

This article is kept updated with the latest information.