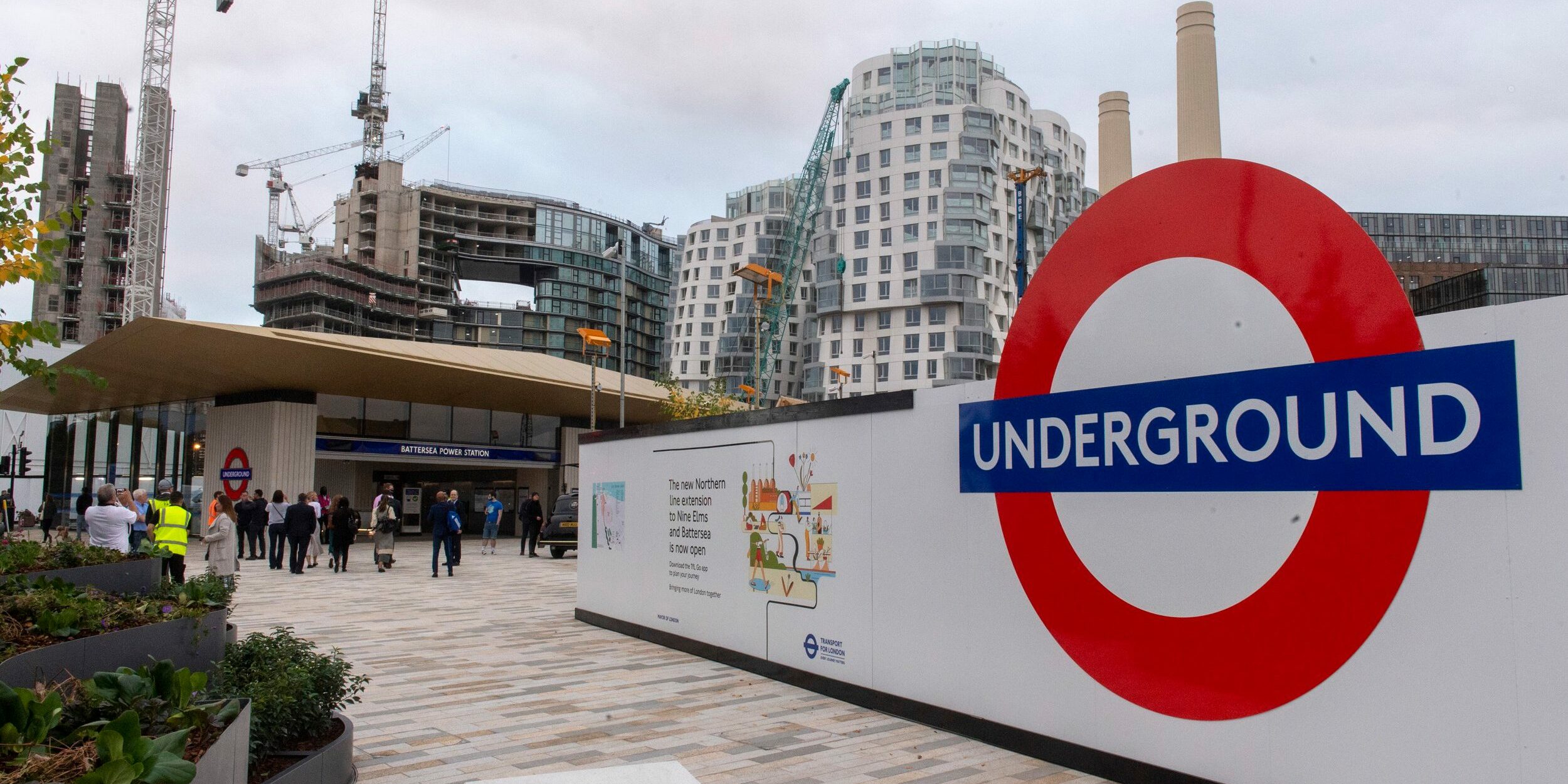 Two new tube stations opened to commuters on Monday in the first major extension to the London Underground this century.

The Battersea Power Station and Nine Elms stations are part of a £1.1bn project to extend the Northern Line that began six years ago.

The expansion, which brings the total number of stations to 272, could help generate as many as 25,000 jobs and 20,000 homes, according to Transport for London (TfL).

The new stations offer access to the West End and City within 15 minutes and are key to the regeneration of an area of southwest London that now houses the US Embassy.

The Mayor of London, Sadiq Khan, was joined by the Transport Secretary, Grant Shapps, on one of the first trains to serve the Battersea station.

The pair have been embroiled in a long-running row over funding for London’s transport body.

Asked whether he was satisfied that TfL was running its finances properly, Mr Shapps said it would “have to take, and has had to take, some very difficult decisions in order to make sure the finances stack up.

“The Government’s put in, I think, £4.1bn so far and counting. We’re going to have further conversations with them. We wanted to make sure that it’s responsible and fair to the rest of the country.”

The Northern Line extension is expected to boost property prices in the area by more than a fifth over the next four years, analysts have forecast.

The new Tube stations are the first since Heathow Terminal 5 and Wood Lane both opened in 2008 and follows the Jubilee line extension that opened in 1999.

They will help to drive up home values across Nine Elms, Vauxhall and Battersea by nearly a quarter over the next four years, according to property consultants JLL.

The new infrastructure will support 20,000 homes that are being built as part of the Battersea Power Station and Nine Elms regeneration project. The redeveloped power station opens to the public next year.

Battersea once supplied a fifth of London’s electricity but was derelict for decades after being decommissioned in 1983.

In May, the Grade II-listed power station finally welcomed its first residents after construction delays led some buyers to pull out of deals to buy properties.

Simon Murphy, chief executive officer of Battersea Power Station Development Company, said: “Improving transport links and connectivity to this area of London has been fundamental to the development from the very beginning.”