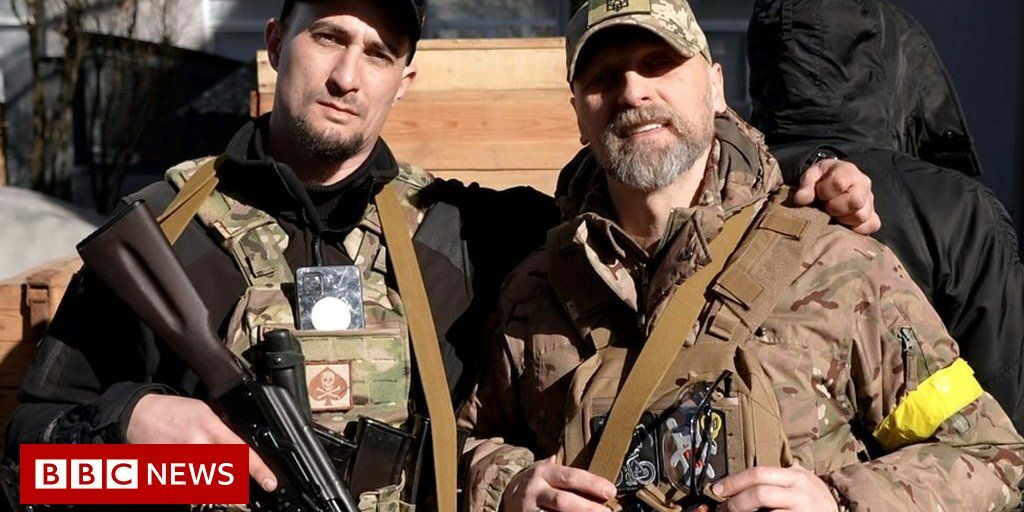 As the Russian invasion continues, thousands of ordinary Ukrainians are volunteering to fight to defend their neighbourhoods, despite many having no previous military experience.

Men between the ages of 18 and 60 are banned from leaving the country and have been urged to fight.

The Ukrainian defence minister says that 25,000 guns have been handed over to territorial defence members in the Kyiv region alone.

The BBC Ukrainian service visited one centre distributing weapons in the capital Kyiv.