Is a cheaper but longer mortgage worth it to get on the ladder? 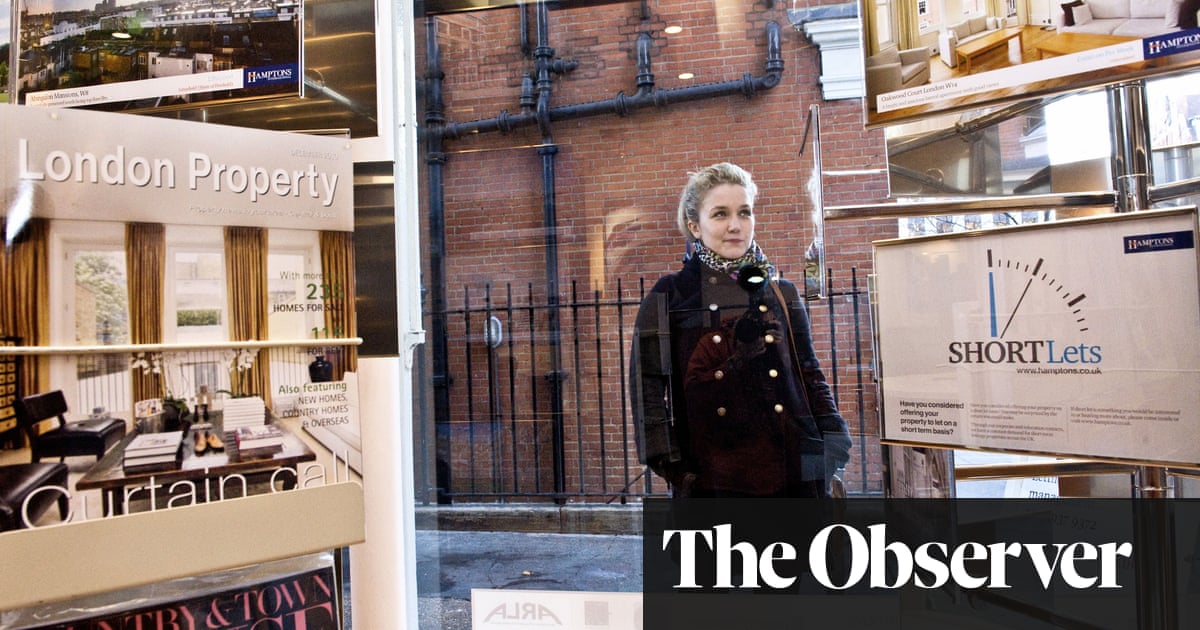 As the cost of buying a property continues to exceed the budgets of many homebuyers, the prospect of paying less – but for much, much longer than previous generations – has emerged.

Recent research from Santander suggests that almost half of buyers would consider taking out a mortgage for a 40-year term in order to get on the property ladder.

And mortgage lenders appear more than happy to cater for this willingness to commit for many more years than usual – a separate study has shown that more than half of mortgages can now be taken out for a 40-year term.

But the apparent move towards longer mortgages has prompted worry about whether people are fully aware of what they are committing themselves to and if lower repayments add up to more in the long term.

How did we get here?

The growth in lenders offering mortgages of much longer terms has been swift. Just five years ago, less than 36% of mortgage products had a maximum time of 40 years, according to financial website Moneyfacts.co.uk. This has now risen to almost 51%.

Typically, a term has lasted for 25 years but that has been steadily extended, according to Darren Cook from Moneyfacts. While the number of products with a longer life were increasing, those with a shorter term were decreasing, he said.

The timescale of this turnaround has been less than two decades. Sara Williams, a debt campaigner and author of the blog Debt Camel, said that in 2006 fewer than 40% of people had a mortgage that was for longer than 25 years. At the same time, lenders are extending the maximum age that a borrower can be when the loan ends. Five years ago, about half of mortgages allowed someone to be 75 or older. Now 71% can end at this age, according to the Moneyfacts research.

Is it worth it?

For many borrowers, the attraction of a longer mortgage will be the reduced monthly repayments. In some instances, the affordability checks carried out by lenders, especially on first-time buyers, will mean that they may not be able to pass the requirements to get a 30-year mortgage, even if their rent payments are similar. As a result, the borrowers might be directed towards a longer term, said Williams.

It is at this stage that borrowers may need to stop and examine their position. Steve Webb, director of policy at life and pensions company Royal London, said that if someone can’t afford a 25-year mortgage, then they need to be sure that they are not over-stretching themselves when they borrow for 40 years.

“Over such a long term, household circumstances are likely to fluctuate considerably, and it is important to be sure that any such product has the flexibility to allow a borrower to move to something more suitable as their situation evolves,” he said.

While it may appear that lower repayments will be easier on the budget, they will of course be leaving the bank account for a lot longer. More importantly, people will be paying a lot more for their finance.

If they want to change providers after a few years, then borrowers may be horrified at the lack of capital they have repaid – after five years, a 25-year term loan can expect to have repaid almost £13,000 but this drops to £5,600 at 40 years.

This highlights the importance of being able to switch providers with little or no penalty, according to Webb. In the event that income improves, better deals may be available. There may also be other options when the level of capital is reduced.

Last August, the Bank of England raised its interest rate for only the second time in a decade to 0.75%. The continuing uncertainty around Brexit has led to suggestions that the Bank will not raise rates again until 2020 – but it is expected that they will go up, and borrowers need to accommodate that in their budgets after years in which low borrowing costs have been the norm.

In addition, it may be that as people in their 30s grow out of their starter home, they will need to progress to a bigger property as a family expands. Williams warns of the potential for a double hit when interest rates have risen and there is the need to move to a bigger home.

The prospect of continuing to make repayments after retirement will be daunting for many. “The longer a borrower extends their mortgage term, the older they will be when they have finally repaid their mortgage,” said Cook. “An extended mortgage term may go beyond pension age, so it is imperative these borrowers consider their options and attempt to make provisions if their personal circumstances change.”

It is believed that some 12 million people have not saved enough for their retirement, so paying into their 70s may only be the preserve of those with a healthy retirement income, said Webb.

So who is it good for?

Webb welcomed the longer terms but cautioned that people needed to seek help when making a decision. “The growth of 40-year mortgages offers welcome additional choice to borrowers but reinforces the need to take impartial advice before taking out any long-term financial product,” he said.

For those who can expect to see significant pay rises through their career, the longer mortgage may be perfect, said Williams, as it can be for anyone who may get bonus payments which can be used to overpay the debt. Others may be buying their “forever home” and don’t intend to move again, in which case they may not be worried about larger interest payments.

Borrowers who have been on low fixed rates for the last two years could be in for a nasty shock when they are switched to a standard variable rate later this year.

Research from Moneyfacts.co.uk has found that people coming out of a two-year fixed-term could see their rate doubled.

The average rate for a two-year fixed-rate deal in May 2017 was 2.3%. But the average standard variable rate, which they are likely to move to after a fixed period, now stands at 4.89%.

The result could be that a whole swath of people move to remortgage their home finances.

“Over the next six months, it is likely that many mortgage borrowers who secured a two-year mortgage deal two years ago may see their record low interest rate expiring and will have no intention to revert to a rate that could see their interest rate double overnight,” said Cook.